It’s not everyday that you get to be part of history even if it is in the backseat. Ever since the announcement of the new addition to the Texas Flying Legends Museum fleet there has been questions of who and where the first photo flight will be. Warren Pietsch, director of flight operations for the museum, had only flown the planes a few times but new that the owner would want the images right away. Dad got the call and with a mechanical issue arising from the first photo platform a quick call was made to the backup platform flown by a good friend of ours and who is affectionately nicknamed Flydaddy. The next day he showed up in his A36 Bonanza and was quite possibly more excited then the rest of us. 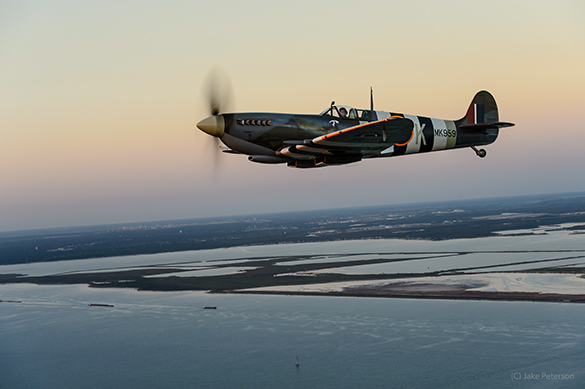 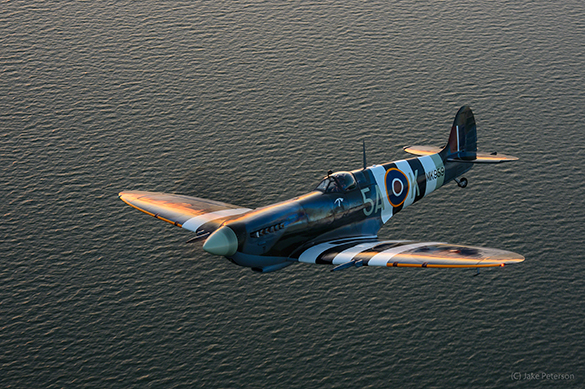 In the late hours of Sunday evening we flew out over Galveston Bay with the MkIX. Along with us for the first time was the owner who got to see his new purchase fly. He broke radio silence a few times to let us know how excited he was. Now I have done a few air to air’s before but I can honestly say that I have never seen the light reflect quite like it does with wings of this plane. There is just something about that elliptical design that makes the light really pop. One thing is for certain, if there is any doubt on whether airplanes look better in the sky then on the ground, this Spitfire puts that argument to rest.