The sun can be a powerful element when included in a photograph. Some avoid it because it can be too overpowering but when used in the right way it can be an element of intrigue. When I’m working with critters I rarely have the sun directly in my photographs because I want the softer natural light to be on the critter and not seen in the background. With aviation it’s quite different. Due to the natural graphic elements of aircraft the direct sun can be quite interesting. These two images are good examples of that. 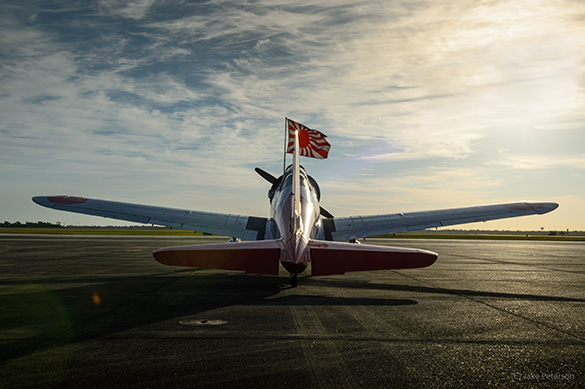 This first image is of a modified T6 Texan part of the Tora! Tora! Tora! performing group as a Zero. What initially caught my attention was the flag waving form the canopy. Now this is obviously a backlit shot and there is a bit of lens flare but with the help of ACR it wasn’t a distraction. The morning I shot this we had some great cloud cover which helped to mask the bright sun so it wasn’t a glaring white ball. 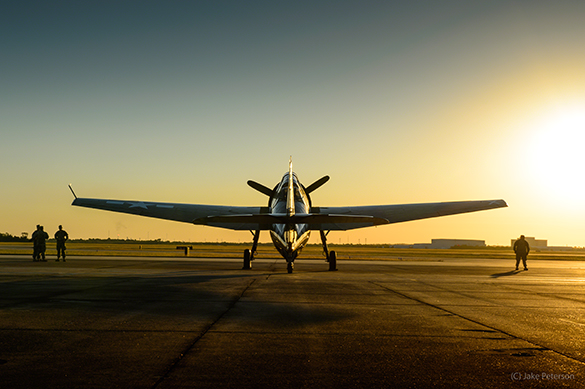 The second image, a TBM Avenger, has no clouds but more color and it is that color that makes for an interesting sky. Both of those subtle details help to make the sun less overpowering. Now with aviation I said there was a graphic element and there is and in both of these cases it’s the plane’s shadow. It’s not something you generally think about but when you can combine the sun, plane and shadow into a unique composition then you have something truly interesting. When it comes to working the ramps and looking at multiple aircraft and having to work around people, noticing these elements and knowing how to work them is important.