It’s amazing after spending a lot of time in a certain field of photography you start become “picky” at what you will and won’t point the camera too. While at Houston there were some aircraft that stood out to me and others that didn’t. This Stinson Reliant AT-19 part of the CAF’s Coyote Squadron of Corsicana, TX was one of those aircraft that really stood out. Why you might ask? Because I just hadn’t seen it before. 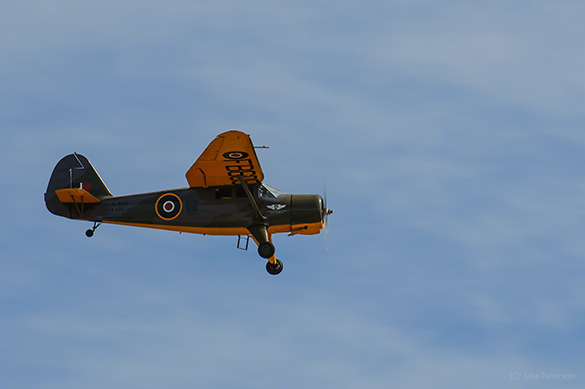 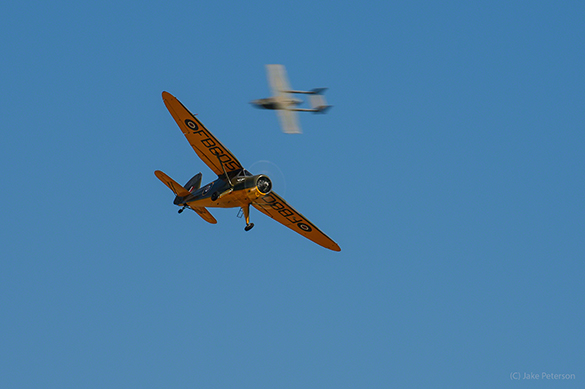 It’s a really a cool little plane. This aircraft bares it’s Royal Navy markings as it was one of 500 that were built part of the lend lease program for Britain. They served many roles including liaison and reconnaissance. FB605, as was it’s serial number, made many trips over the English coast looking for German subs. As part of the lend lease program aircraft had to be either paid for or returned after hostilities ended. FB605 was part of 414 aircraft that were returned stateside and put up for disposal. FB605 was sold back to Vultee as they saw a potential profit when they turned military aircraft back into civilian planes. The AT-19’s that came back from England were bought and named V-77’s and sold for that purpose. FB605 flew a lot up and down the east coast until 1985 when it was bought by the Commemorative Air Force.