One of my favorite military performing teams is the Thunderbirds. The Blue Angels have their charms as does the Brietling Jet Team, Snowbirds and Heavy Metal Jet Team but personally I like the Thunderbirds. Maybe because they have such a great history behind them, maybe the name, maybe the color of their F-16’s but I do. A number of years back at the Reno Air Races they were performing and we some absolutely amazing skies to photograph them against. Just great puffy clouds. Well this year we didn’t have that but we did have some decent skies. I was shooting but Dad wasn’t. I asked him why and he mentioned the previous year. He asked me why I was and said, “why not?” 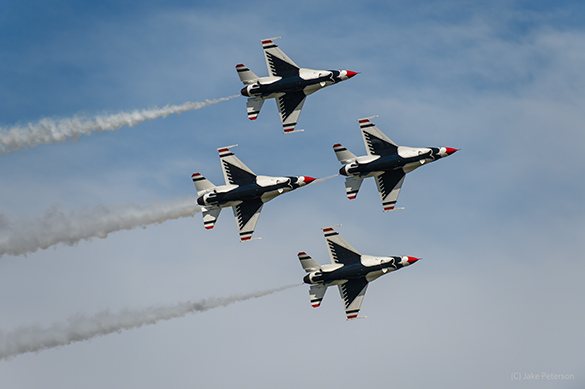 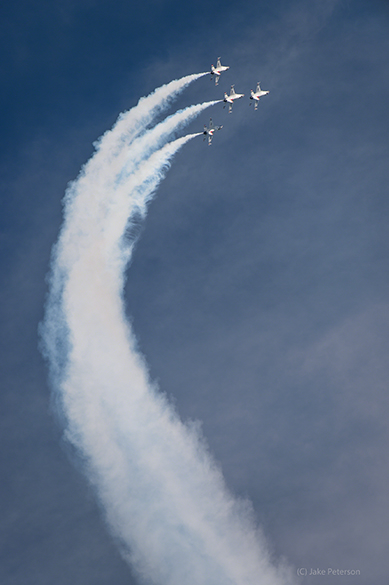 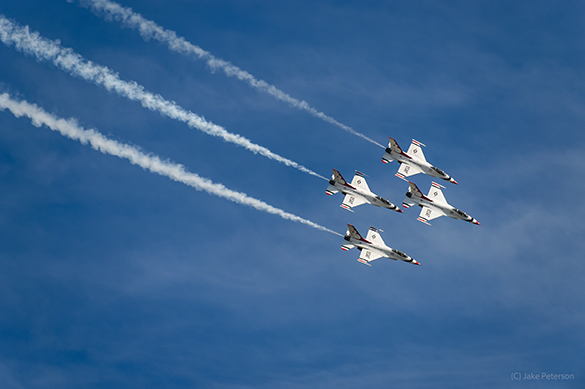 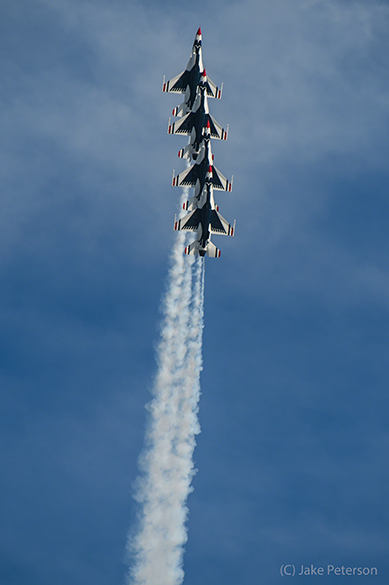 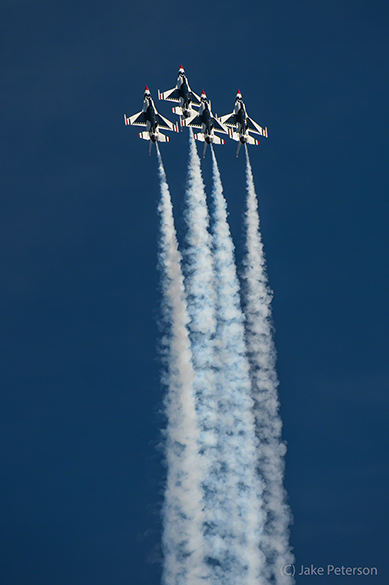 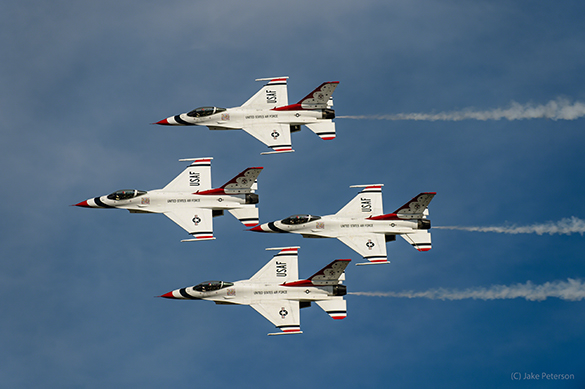