Today I thought I would bring out an oldie but a goodie. Now some of you might be saying that that is just a modified F-86 well in some ways it is. This happens to be the last in a long line of jets that came after the development of the F-86 Sabre. This is the FJ-4B Fury serial #143575. This happens to be the last flying Fury in the world. The FJ-4 Fury was an improvement on the FJ-3. Only 374 were built for the US Navy and US Marines. It first flew in October 1954 and was retired in the 1960’s. 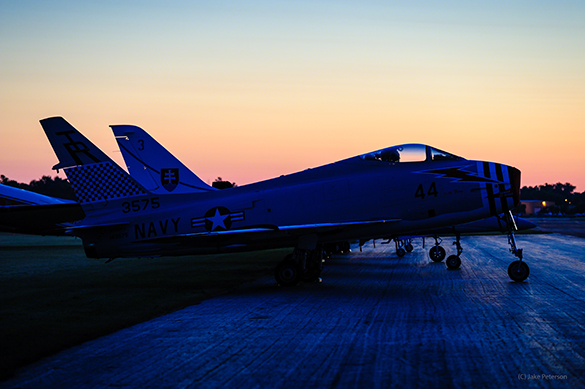 The FJ series was designed as a carrier capable fighter bomber. The wings were an entirely new design compared to the FJ-3. they were thinner, more tapered with an increased area. The landing gear was modified to be able to be folded inside the new wings. The struts were closer together allowing for less weight on the nose wheel. The wing tips were able to be folded up for carrier use. Many more advancements were made for this new fighter including larger internal fuel tanks, all weather wings, various hard points, razorback rear deck and modified tail surfaces. 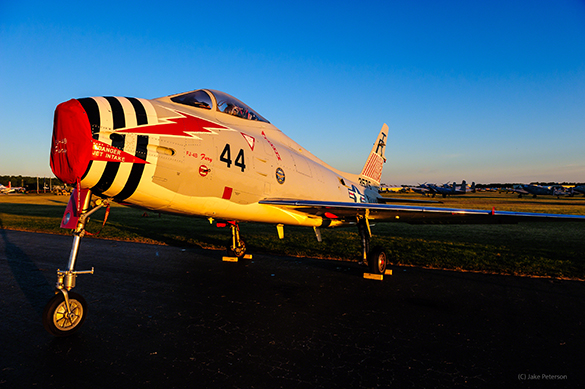 With the exception of one squadron of FJ-4B’s, the rest of the planes were used by Marine units. The Fj-4B was modified specifically for one purpose, to carry a nuclear bomb. The US Navy wanted to stay in competition with the US Air Force in nuclear warfare and thus made the nose wheel considerably longer, the 4B was equipped with the low altitude bombing system or LABS and on the inboard port station the 4B was able to carry a nuclear bomb. 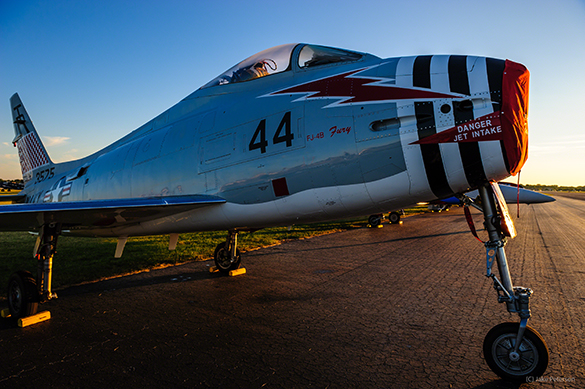 This rare bird graced the skies of EAA Airventure, Oshkosh in 2013 which is where I was able to photograph and enjoy this piece of aviation history. It is currently owned by Mig Fury Fighters in Driggs,ID and is flown on various occasions. The Fj-4B is one of those gems that you have to go searching for in the pot of the other aircraft. While every plane is unique, some certainly do stand out more then others.