There’s a good reason why you should never write blog posts when you’re tired, you tend to forget to click on something important, like publish. Guess where I’m going with this. I thought I had this post ready to go when I clicked out but I guess I didn’t. Oh well better late then never. Last week I talked a lit bit about the history of the P-51 Mustang in a short but descriptive post. It’s such a great plane but there is a lot of history to it. Well I thought about writing about a little bit simpler plane today. 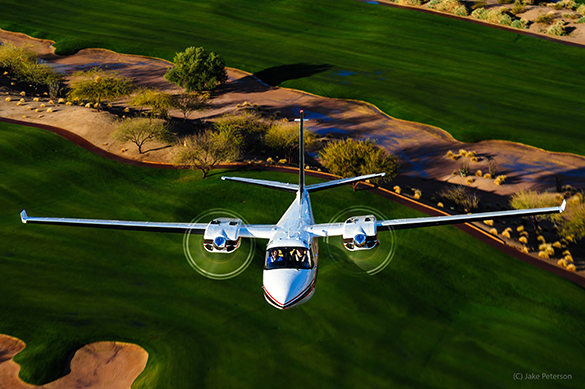 This is the Commander Shrike, part of the Aero Commander 500 series made by Aero Design and Engineering Company. The plane was developed as a mid range, side feeder airplane for commercial use but instead found it’s way into the hands of private business men and some military operations. It was developed in 1944 and the prototype first flew in 1946. The plane featured twin Lycoming O-435-A engines and a carrying capacity of five passengers. 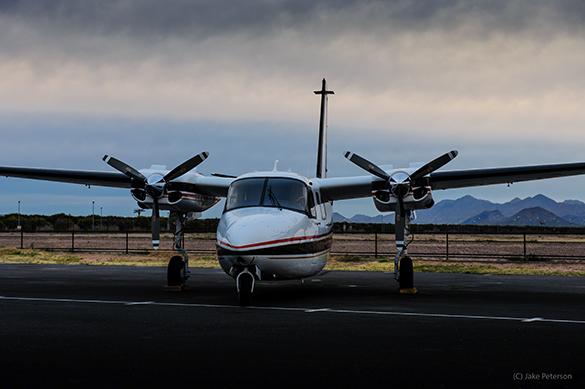 Ted Smith was the original designer of the plane and in his off hours of 1944 worked on the development of this aircraft. Ted and a team of engineers left Douglas Aircraft Corporation to form Aero Command Company. The design was based in part of the teams work on the A-20 Havoc medium bomber. Beech Aircraft and Fairchild Aircraft were interested in the prototype but Beech was more interested in the twin Bonanza and opted out. The prototype flew for Fairchild in 1949. After the flight the company was leased out and a new model was produced. Over 10,000 hours went into the Commander 520 as it would later be called, including new twin Lycoming GO-435-C2 engines but the first production model was rolled out in 1951. Commander’s were produced up till 1986 and would become a division of Rockwell International in 1965. Commander Shrikes was the name given to models built after 1967.

The Commander series 500 aircraft flew in a number of different countries fulfilling a variety of roles including, commercial, business transport, Dwight D Eisenhower’s Air Force One, US Army, US Air Force, US Coast Guard, and US Customs Service. Among one of the most notable roles was as Bob Hoover’s personal aerobatic plane that he used for decades performing at airshows and other ceremonies. In 2012 Bob Odegaard performed the same routine in a Shrike 500s in honor of Bob Hoover. 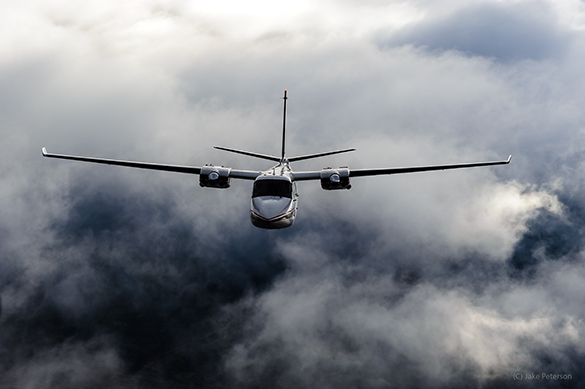 I was very fortunate early on in my Aviation career to meet Bob Odegaard and could call him a friend. One of the first air to air shoots I did was with Bob and his Commander Shrike. The weather was absolutely miserable that morning and had rained the previous night. We postponed the shoot several times before an opening finally occurred and we were able to go flying. It was one heck of a flight and still a great memory.