Seventy three years ago today marks the anniversary of the completion of the Alaska Highway. The original highway was 1,700 miles long and connects the lower forty eight states, through Canada up to Alaska. Today the highway is 1,387 miles long and is entirely paved. Since the development of the road it has since been rebuilt and straightened numerous times. The highway was originally designed to connect Alaska with the lower forty to promote economic growth and tourism but after the attack on Pearl Harbor in 1941, the route was then seen as a way to provide needed military supplies to our Russian Allies. 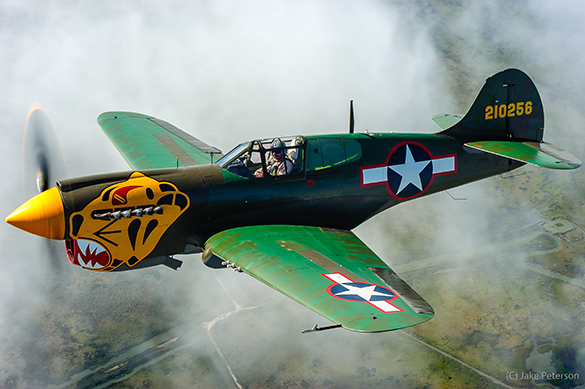 The Lend Lease program was designed for Allied nations to use US supplies throughout WWII. Afterward the country could then purchase the supplies or return them. Aircraft were a big part of this program as they went all over the world to different nations. Russia received several different aircraft models including P-40’s. This particular example is a P-40K that was part of the lend lease program and went to Russia along with a sister P-40. While it is not known if this plane went through Alaska or not, it is known that both planes went to Murmansk, Russia. Both planes crashed in a marsh after tangling with four BF 109’s. They were discovered in 1991. Warhawks Inc finished the restoration of this P-40 in 2006. This plane is with the Texas Flying Legends Museum and the sister ship is with Fagen Fighters.