This week happens to mark the 74th anniversary of the attack on Pearl Harbor. I’ve written about the A6M Zero and the P40 Warhawk in this venue before but never one of the other aircraft involved in that attack or many other aerial battles that would take place throughout the Pacific in WWII. The Nakajima B5N “Kate” Divebomber was the Imperial Japanese Navy’s primary carrier based divebomber up to 1943. While ahead of it’s time when it first flew in 1937, by 1941 it had become obsolete but due to delays on it’s replacement it remained in service throughout the war. 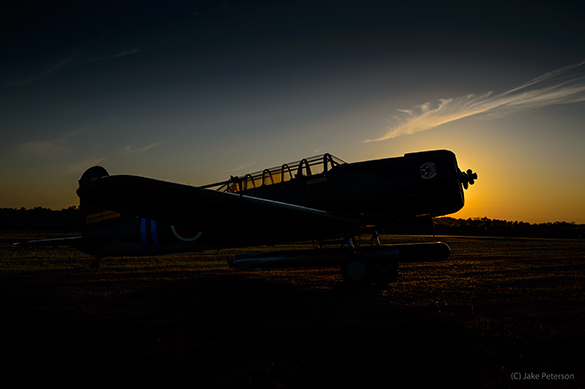 The B5N or “Kate” as it was called by the Allies, was built by Nakajima Aircraft Company in response to the Navy’s call for a replacement of the Yokosuka B4Y in 1935. Competing against Mitsubishi B5M, in January of 1937 the first prototype flew and won the contract earning the title of Type 97 Full Carrier Attack Bomber. 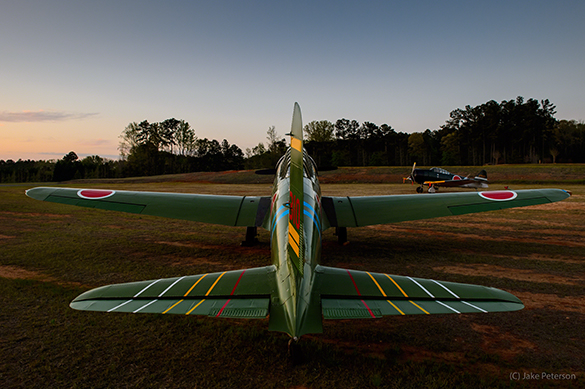 The B5N first saw combat in the Sino Japanese War which revealed several weaknesses. One of the trade offs that the Japanese Navy made with their aircraft was weight for speed. Much of the weight was lost in their aircraft by removing armor plating. For the B5N, which had a crew of three, pilot, navigator/bombardier/observer, radio operator/rear gunner, the loss of the armor plating made for great vulnerability to enemy planes. The B5N2 was updated with a faster engine, the Sakae Model 11, 14 cylinder twin row radial. This same engine was used in the initial A6M Zero fighters. 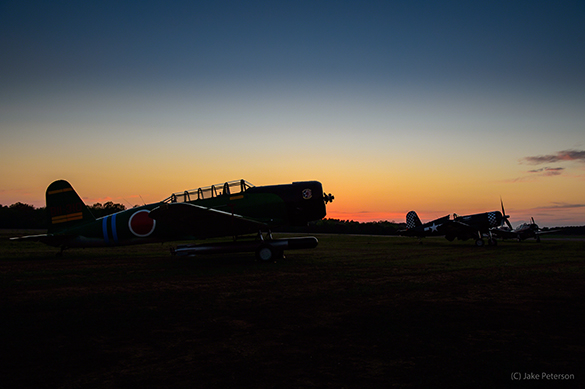 It was the B5N2 that was used in many famous battles including Pearl Harbor and Midway. It was used by Mitsuo Fuchida when he bombed the USS Arizona and it was used to sink the USS Hornet and the USS Lexington. It was also a B5N2 that disabled the USS Yorktown that was later finished off by the Japanese submarine I-168. 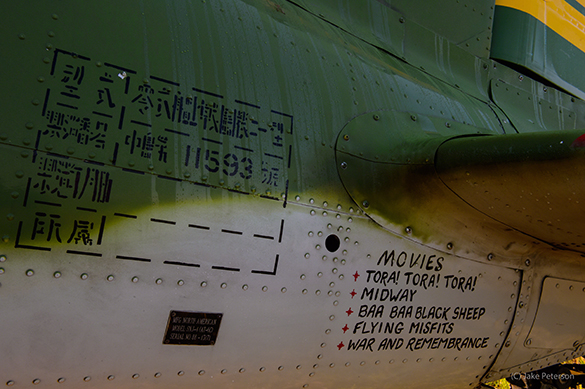 While only 1,150 were made and known are none to have survived, the B5N still represents an important piece of Aviation History. Many T6 Texans have been converted over the years to look like B5N Kate Divebombers including movies like Tora! Tora! Tora!, Midway, Pearl Harbor and of course the performing group Tora Tora Tora. This particular example is owned by CAF member Alan Armstrong of CAF Dixie Wing of Peachtree, GA. Seen with it are other aircraft of the wing including their FG-1D Corsair, SBD-5 Dauntless Divebomber and a replica A6M Zero.