Not every opportunity that presents itself in photography yields a clean result. When working in the realm of landscapes we often have to balance man made and the natural world while trying to capture the best light. Lets face it if the light sucks there isn’t much point to take the image but if it’s good then we go out of our way to make it work. Well this was one of the scenarios. Light was pretty but the foreground kind sucked. How do you get around that? Well one of the easiest ways is to just underexpose so that light becomes more intense while the rest of the scene tends to fall away in shadow. That way the eye only goes to whats light and bright and ignores the rest. It’s a real simple trick to use in those pesky landscapes where you just can’t do anything else. 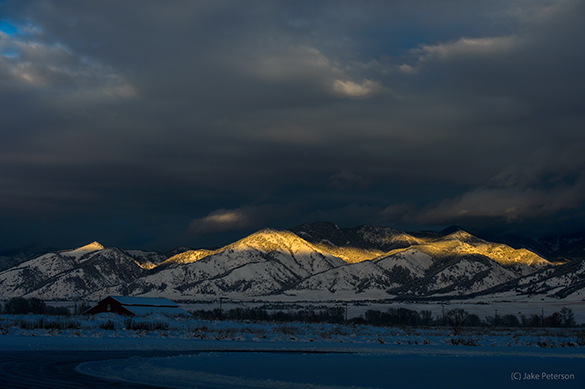