The one thing that’s hard to see when you’re teaching is the results. Often we don’t know how far and when the lessons we teach to others come into practice. It’s certainly something I think about time to time when writing this blog but the one place I didn’t think it was having an affect was with my fishing. 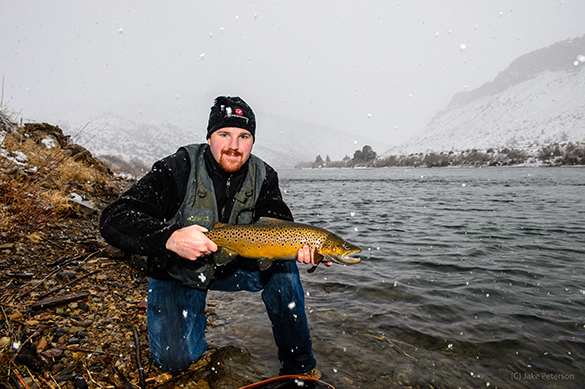 Over the last few years I have been going out fishing with my good friend Alex, who has been fishing the Montana waters for over twenty years. Needless to say, I’ve learned a lot from him about how to fish the rivers around Montana. Well at the same time he was learning photography from me as often I would take his picture while holding is catch. For the first time this past weekend, the shoe was on the other foot when I landed this beautiful Missouri River Brown Trout. After putting in a few basic settings in the flash and the D4, the lens being the 24-70 AF-S, I handed the camera over with one simple instruction. “Don’t drop it!” Well he did a great job and all of those little things like composition, placement of me in the frame, angle of the fish and so on were spot on. For the first time handling the D4 I was impressed. It just shows that by having fun and talking through the fundamentals, anyone can be a photographer. 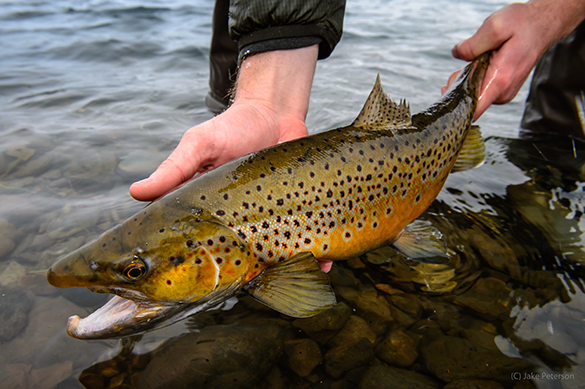 Now he managed to get a lot of really nice shots but after the trophy shots were in the bag we switched and I had my fun photographing this beaut. The best part was the fish was never in danger which is important. When fishing this time of year you have to be careful of temperature, how long you play it and how long it stays out of the water. Well when he was released he had no problem and he just casually swam off.

As photographers we aren’t just storytellers we are teachers and no matter how silly the question might seem to us, the person asking genuinely wants to know and to them the answer means a lot. It may not be obvious at that moment but teaching can make a difference.