Today marks the anniversary of the first flight of the Supermarine Seafire which was the naval version of the Spitfire, the iconic land based British fighter of WWII. A call went out from the admiralty in 1938 for a new carrier based fighter. While the Spitfire first flew in March of 1936, the needs of the land based fighter were high and thus resources could not be expended to make variants for the Navy. Other substitute planes were instead made available until late 1941 when the Spitfire was made available on a trial basis. On January 7th 1942, the first Seafire flew. 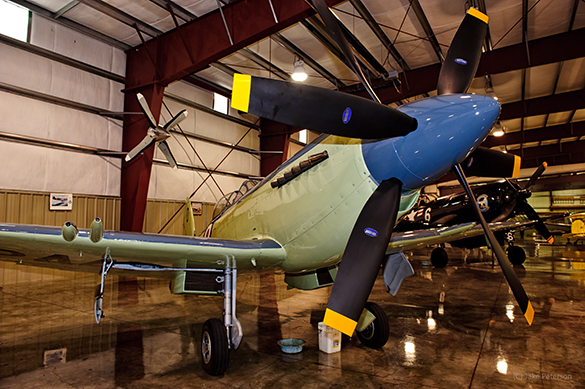 During 1942 and 1943 the Fleet Air Arm was gradually replaced with Seafire’s which were comparable with the A6M5 Zero at low altitudes. Later on the Merlin engines were replaced with Griffons and thus gained a much needed power boost adding to the planes potency. The first combat seen by the Seafire was Operation Torch, the Allied landings of North Africa. They went on to serve in many other conflicts and were eventually withdrawn at the end of the Korean War. This particular Seafire is an Mk47 one of ninety built with the contra-rotating props and were among the last Seafire’s to be built. It was said to be the best of the Seafire’s having been refined over the years. It saw service off of the USS Triumph during Korea and then later went into private hands after being withdrawn from service. While not as famous as some of it’s brothers and sisters in the British service, the Seafire certainly aided in bringing an end to WWII and thus another staple in Aviation history.