One of the most rugged of the fighters that flew over the skies of Europe and the Pacific during WWII was the Republic P-47 Thunderbolt. This ground attack fighter/bomber was known for it’s tough exterior, equipped with eight 50 caliber machine guns and a carrying capacity of 2,500 lbs. When fully loaded the P-47 was up to 8 tons. While it did serve in the role of escorting heavy bombers over Europe and fighting air to air against enemy aircraft, it’s best role was as a fighter bomber. Destroying convoys, tanks, fortified positions as well as other coordinated attacks alongside ground personnel. 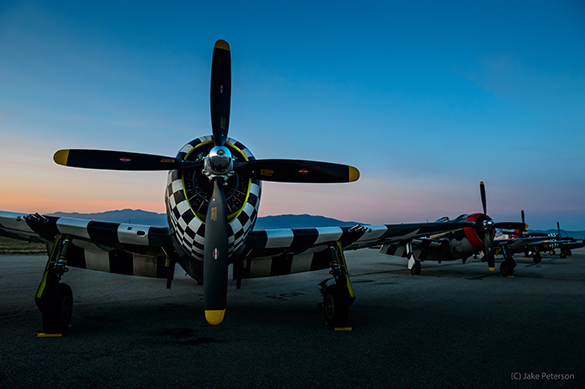 The “Jug” as the P-47 had been affectionately nicknamed after a resemblance to a milk carton, was made from a series of improvements upon improvements. In 1939 Republic was working on upgrading several aircraft with newer engines. Alexander Kartveli designed the P-47 in order to replace the Seversky P-35. In the Spring of 1940, the XP-44 and XP-47 were proven inferior to the Luftwaffe fighters. Changes were made but the XP-47A was also inferior. Kartveli eventually designed a new aircraft with vast improvements the most substantial was the use of the Pratt & Whitney R-2800 Double Wasp two-row 18-cylinder radial engine. Several other improvements were made including elliptical wings, a “horse collar” cowling for better air flow, spacious cockpit for the pilots, and of course the eight .50 caliber machine guns. 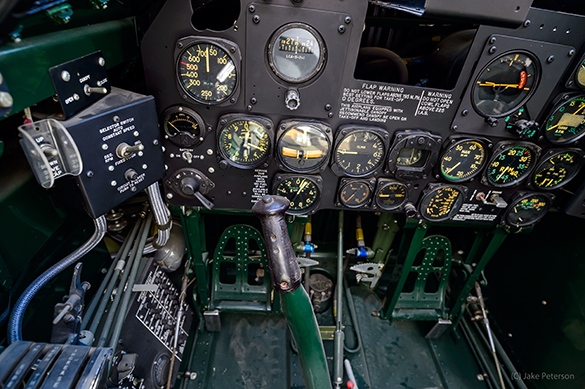 The P-47 continued to go through several variations and improvements as the uses for the plane were extended. By 1943, P-47 D models were equipped with a “Bubble” Canopy in order to allow for better vision for the pilot. Every model up to this point were called “Razorbacks” as the metal fuselage extended up and back from the canopy. The first P-47 flew in May of 1941 and was introduced into service in 1942. It continued to fly for the rest of the war. Over 15,000 were built. 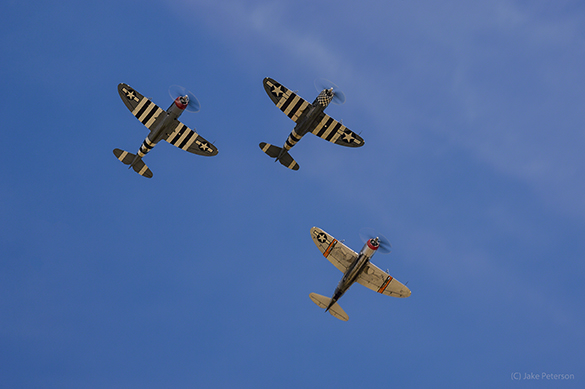 The 56th Fighter Group was the first to receive Thunderbolts and went overseas to join the Eighth Air Force. The 4th and 78th Fighter groups, already stationed in England, transitioned from their Spitfires and Lightnings to the Thunderbolts. The first combat mission was March 10th 1943. By mid 1943 the P-47 was in operation in Italy with the 12th Air Force and in the Pacific with the 348th Fighter Group out of Port Moresby, New Guinea. By 1944 the P-47 was in all operational theaters except Alaska.

While the P-51 Mustang eventually replaced the P-47 in the role of escorting heavy bombers, the P-47 remained in service throughout the war. The P-47 kept and impressive air to air kill ratio, shooting down 3,752 enemy aircraft for 3,499 lost. The 56th Fighter Group stayed with their P-47’s throughout the war by choice and ended with 677.5 kills in the air. It was the only group in the Eighth Air Force to stay with the P-47. The group housed many leading aces including Lieutenant Colonel Francis S. Gabreski, Captain Robert S. Johnson, and 56th FG Commanding Officer Colonel Hubert Zemke. The 56th remained the top scoring aerial victory group of the Eighth Air Force.

The P-47 remained in active service until 1950 but did not go to Korea. The P-47 was used by several other allied nations over the years. 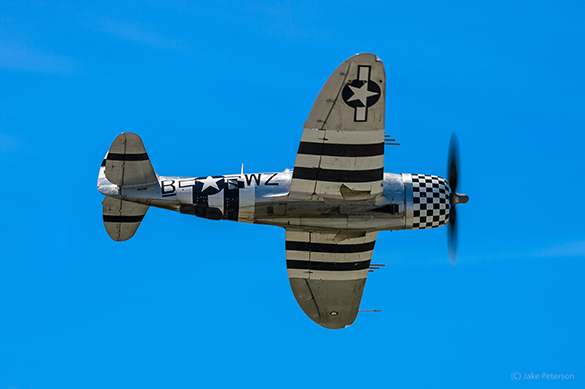 In 2014 the Planes of Fame Airshow honored those of the mighty Eighth Air Force with a display of aircraft from the European Theater. Among those planes were four airworthy P-47’s of various models. A fifth P-47 was also on display at Chino from Yanks Air Museum. It was truly an amazing site to see these magnificent planes together again. Razorbacks and Bubble Canopy P-47’s together representing thousands of brave airman that fought in this iconic aircraft.