I was first introduced to this plane back in 2013 at the Planes of Fame Airshow where the aircraft had stopped before continuing with it’s flight to Arizona. This is the PB4Y-2 Privateer a Navy Patrol Bomber used during WWII and Korea designed from the B-24 Liberator. The Navy had been using B-24’s (PB4Y-1 Liberator) for patrols but required a fully navalized version. Consolidated got to work and created the PB4Y-2 Privateer in 1943. They were built between 1943-1945 with only 739 being built. 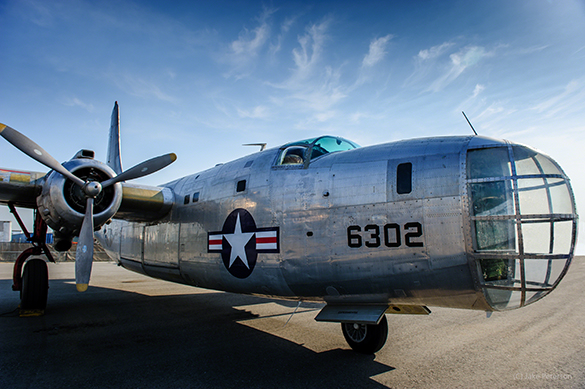 While similar to the B-24 the Privateer had some important distinctions. The tail section was changed from a twin tail design to a single, taller vertical stabilizer. The plane is longer to accommodate a flight engineer, turbosuperchargers were not equipped because the plane was not flying at high altitude, and the defensive armament consisted of twelve .50 Caliber M2 Browning machine guns. The majority of the Privateers built entered service after the end of WWII but some did find their way into the Pacific Theater. In 1951 they were redesignated P4Y-2 Privateer’s. 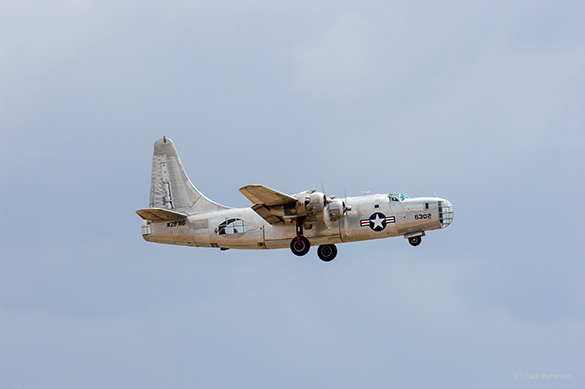 The Privateer entered Navy service in late of 1944 with VPB-118 and VPB-119. On January 6th, 1945 deployment of VPB-118 saw the planes to the Marianas and on March 2nd, 1945 VPB was patrolling in the Philippines. Between 1945 and the mid 1950’s, Privateers were used as typhoon and hurricane hunters. They were used during the Korean War dropping parachute flares to discover infiltrators along the coast and were used for signals intelligence. All Navy PB4Y-2’s were retired by 1954 with some -2G models being used in the Coast Guard until 1958. During the 1950’s several were sold to the Republic of China Air Force.

After being retired from the Coast Guard some Privateer’s ended up in civilian hands as airtankers, dropping fire retardant in the western United States. In 2002 a Privateer flying out of Greybull, WY broke up during flight while fighting a fire killing two crew members. All large tankers were temporarily grounded after the flight with the ultimate retiring of the Privateer.

Seen here is the only flying PB4Y-2 Privateer, based out of Casa Grande Municipal Airport, AZ and is owned by 4Y-2 LLC with sponsorship by SAC Holdings, an affiliate of U-Haul Corp. N2871G was restored by GossHawk Unlimited of Casa Grande to its former Navy configuration. From 1959-1969, N2871G flew with Avery Aviation of Greybull, WY as a tanker and then was purchased by Hawkins and Powers Aviation of Greybull, WY who it until 2006. At the time it was orange and white as a fire fighting airtanker. In 2010 it was purchased by GossHawk Unlimited for restoration.