This past weekend I got to do something that I always enjoy doing, shooting for the first time with a new piece of equipment. Along with the addition of the soon to be in hand D5, this past week I got the 18-35 f/3.5. It’s not a new lens being released in 2013 but it’s a light weight, quiet, crystal clear and tack sharp little lens! I’ve used it a couple of times over the years but never purchased it in part because I had the 14-24 f/2.8 for a long time. The 14-24 is another really nice lens but one of the big differences between is the front element. on the 14-24 it’s domed, on the 18-35 it’s flat. As a result the 14-24 does have a bit more distortion at 14mm around the corners. While that’s fine in some cases other times it’s not desirable. Since a lot of the work I plan doing this year involves aircraft, having straight lines is important. 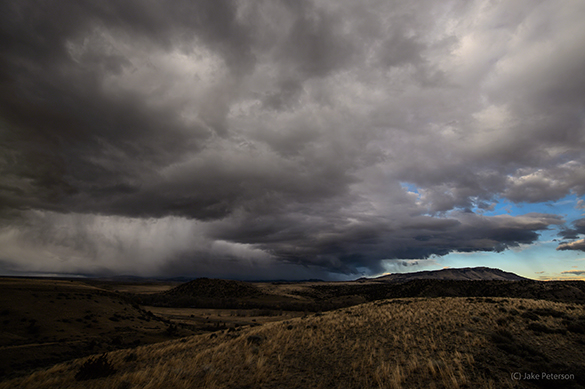 At first glance I was rather annoyed with the way the weather was when I went out shooting because I really wanted to test the new lens and it was just pouring. Well I got over it and drove around for quite a while before ending up out east of Bozeman over by Clyde Park. It was the only direction where there was still some light coming through the clouds. Now that area is known for its wind and when storms come through they often look amazing because the sky is this giant tornado of clouds. It was the perfect opportunity for the 18-35mm. 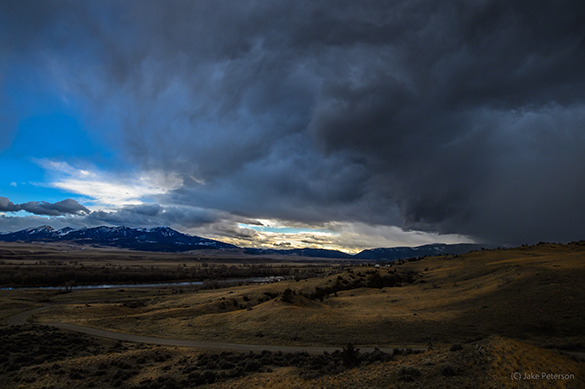 Both of these shots were very simple. Hand held, D4 and 18-35, mostly at 18mm. I closed down to F8 because with landscape I like having more detail and when shooting really wide and with less light available, I wanted those details sharp. Besides that it was just a matter of composing the elements. Oh and ducking when the rain flurry came through. Not a bad first outing.