One of the great things that I love about Aviation is the community. It is such a communal place that everyone wants to help out everyone else. The Los Angeles County Airshow, which was featured at Fox Field in Lancaster, CA, like many small airports and new airshows lacks certain fundamentals. It’s part of the growing pain process of starting a new event. Thankfully the location to this airshow is not far from the meca of southern California aviation. One of the big warbird hotspots in the area is of course Planes of Fame in Chino, CA. 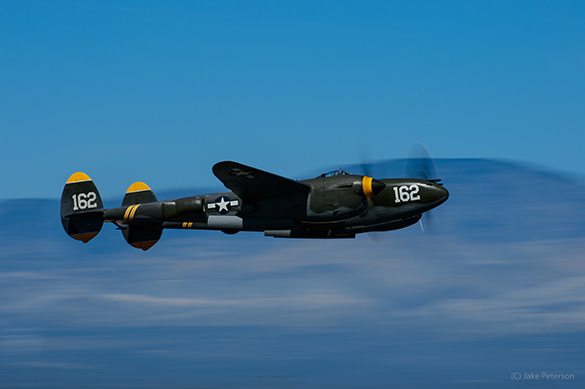 Among the featured performances was the aircraft of Planes of Fame. There P-38 Lightning, P-40N Warhawk and F86 Sabre all made appearance to the delight of the crowd. These classic warbirds presented an opportunity to see more of everyones heritage as the pilots put the planes through the maneuvers that made these planes famous. 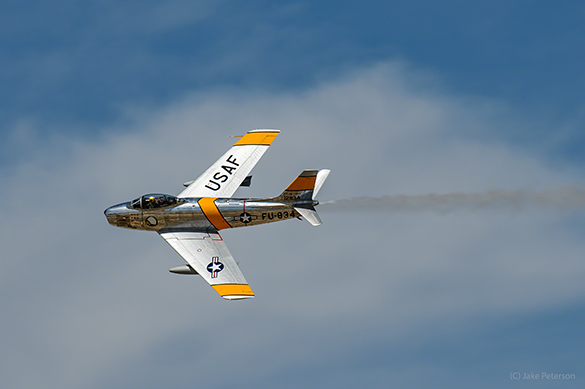 Now I have spent a lot of time in the past photographing both of these types of aircraft and in fact I have photographed both of these planes before. They are just great subjects because they are both so unique. Photographically one of the big differences is needing to shoot in shutter priority in order to get prop blur on the P-38, and being in aperture priority to photograph the F-86. Slow shutter speeds are needed to blur the props on a prop driven plane while a jet having no props, doesn’t need to have a slow shutter speed. This is one of the reasons I love working at airshows around multiple types of planes because each one presents something different.