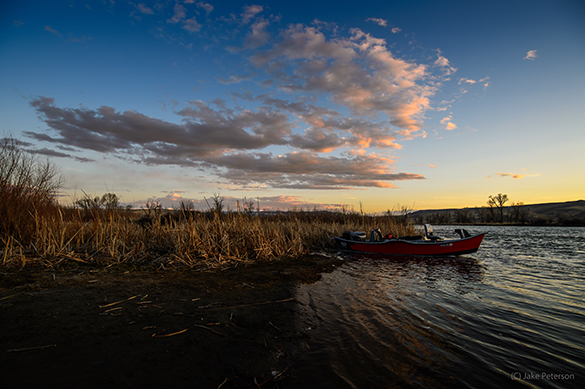 I’ve taken on what would be considered a personal project but it is actually much more then that. Now I don’t want to say what it is yet but it does involve fishing, which means that it will be fun. To go back to my point, one of the boats we were using yesterday was red which instantly drew my attention because the relationship between the blue sky, blue water and red boat is a powerful one. Even if that red boat was a dot it would be seen because our minds eye would instantly be attracted to it. When you have that kind of element it’s very important on where you place it in your composition.