I have come to truly enjoy reading books about the many exploits of pilots throughout WWII. It is fascinating to read about what the pilots went through and accomplished all around the world during those painful years. The last one I read was about Lord Hamilton and his exploits as a Spitfire pilot on the small island of Malta in the Mediterranean Ocean. 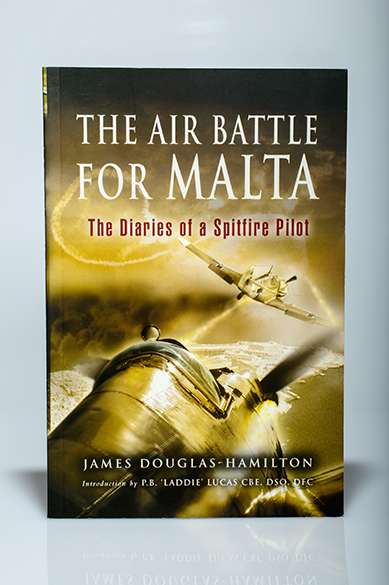 This is actually a very short read, only 185pgs, but Hamilton did a great job keeping his diary accurate during the horrible fighting that was going on at Malta. After he left the island the story was picked up by several other pilots who kept records of what was going on. Malta was a tiny island in the Mediterranean, not far off from Sicily but was an important strategic point between Italy and Africa. The base was an ancient fortress that proved it could again be defended from outsiders. Between 1940 and 1943 the base and the people went through major attacks from Axis bombers and fighters and invasion seemed immanent at any point. They were constantly running low on supplies and airplanes but through lots of hard work, allied resupply missions and a bit of misdirection the island was able to hold and eventually fight back against Italy and the supply chains going to General Rommel in Africa. If you don’t know much about this theater of operations then I would say it’s worth the read or if you just like reading about Spitfires then it is also worth the read.