Bison are one of those great American west animals that I truly enjoy photographing. Right now is a great time of the year to be out working with these big mammals because the the Spring calf’s are starting to drop. When I was out on Saturday in Yellowstone, I saw only three of four this year calf’s but a lot from last year. In fact there were Bison everywhere on Saturday which rather surprised me but it to lead to some great shooting towards the end of the day. 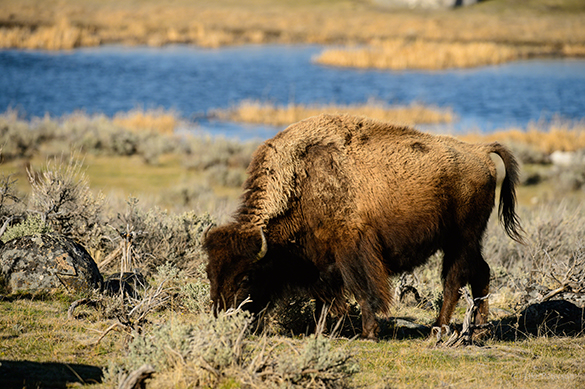 Photographing large mammals, especially in the middle of the day, can be rather challenging between the light and the background. I spent quite a while watching the Bison and finally found a spot where they were gathering around a watering hole. This was a great spot because it added something different to the background besides the brown grass. It’s important to watch the color relationship between the subject and the background to find more interesting shooting scenarios. 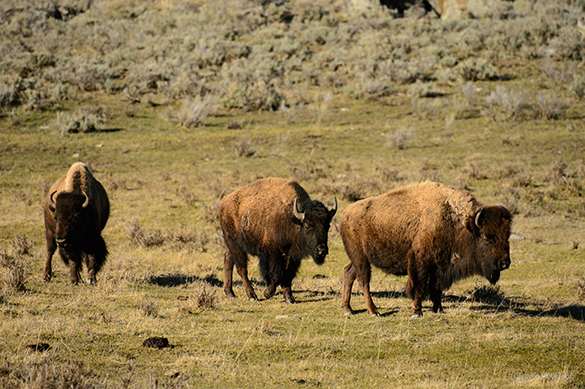 Now the whole time I was shooting I was hand holding the D4 and 200-400 VR outside my truck window. Not only was that way safe but also acted like a blind. The other big challenge when working with large game is the direction of the light. Because Bison have a very dark color to their hides, harsh shadows can really hide key features, like the eye. Finding the right subject and watching where he/she goes is key to getting the best shot. One other thing that can make a big difference when shooting in direct afternoon light is switching to cloudy white balance. This raises the kelvin temperature so the images appear warmer an more accurately reflects the feel of that afternoon light. With brown grass and a brown subject it makes both of those visually pop.