You know the best part about working with wildlife is you never know what you’ll see. Sometimes critters just show up. Some call that part luck others just accept it for happening. This was one of those times where just sitting and watching brought more into frame. I was watching a pair of Sandhill Cranes that were watching on top of a rock escarpment when this pair of Red-Tailed Hawks came souring across. The one was out for the other as you can see one primary feather is missing. 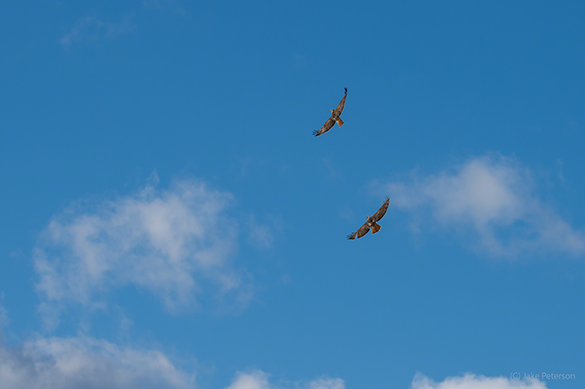 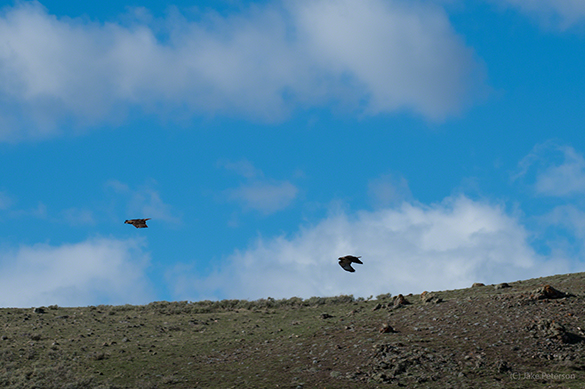 Now are these the best photos? No they really aren’t but when you’re behind the camera having fun that’s all the matters. Watching these birds do what they do, flying so freely really was enjoyable. It’s easy to forget in this business about the little things, like having fun, and if you do then it becomes work and a job. As soon as it does that initial moment when you decided to become a photographer further fades away.