This is a really important lesson because it is very easy to get sucked into that one subject you’re working with and then forget about everything else around you. While I was photographing the Osprey’s there was a lot else going on. The area where I was had a bunch of ponds and a bunch of other critters. Quite frankly there were times when the Osprey’s weren’t doing anything that I hadn’t already photographed. Naturally I started working some of the other subjects. 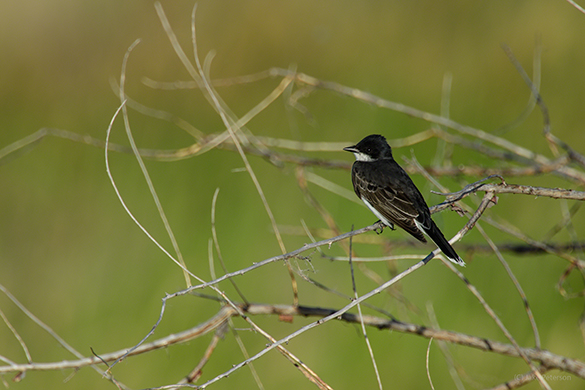 A pair of Eastern Kingbirds were busy flying around eating bugs above the pond that between me and the Osprey nest. Both male and female would land in this nothing tree. It wasn’t even a snag. It was just bare bones. Well they were fun to watch as they would fly up, catch an insect and land on a perch. The fun part is they kept changing perch’s. 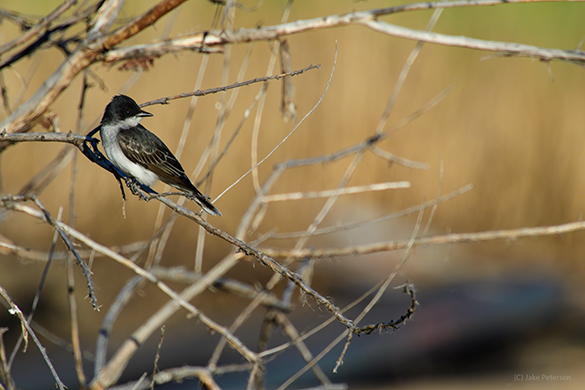 Each time up and down somewhere different. 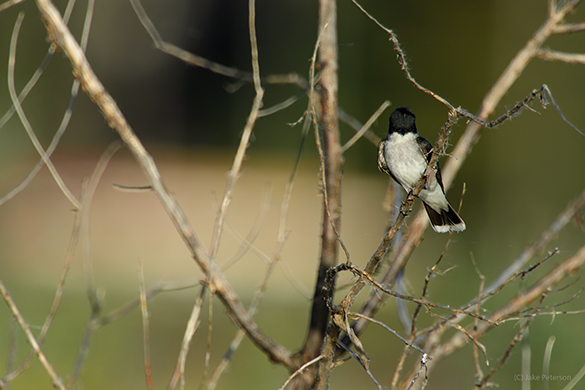 And again same thing. I was shooting the whole time with the D5, 600f4, and TC-17E II. Each time was a little bit different as the perch changed so did the background and the light. One subject thus created multiple images. Now I choose these three to illustrate my point but in all honesty there were a few other perches they choose, some good, some not so good. That’s how it goes with birds.