Many aircraft have become iconic over the years due to their historic legacies or years of service. Most of those planes are a little bit more flashy but the Beechcraft Model 18 is one of those planes that has been around since 1937 and today more then 300 are still flying in the US alone. The Beechcraft Model 18 also known as the Twin Beech, C-45 Expeditor, AT-11 Kansan, AT-7 Navigator, UC-45J Navigator, SNB-1 Kansan and many others as it was used by many nations before and after WWII, is a classic civilian aircraft that lead the way for many others. 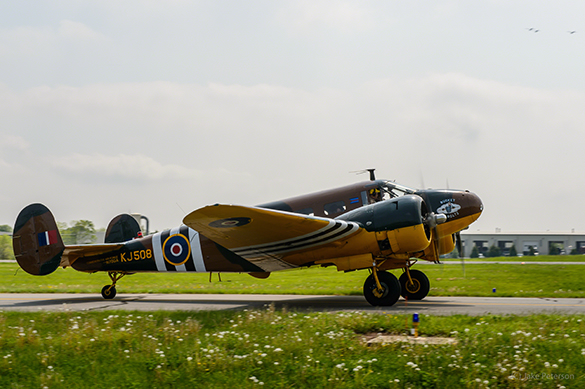 The Twin Beech was a very versatile aircraft with roles as a trainer for bomber pilots and navigators, light transport, light bombing, aerial gunnery, passenger plane, cargo plane, utility transport, aerial spraying and so many other functions. The Twin Beech was produced from 1937 to 1969 with over 9,000 built, over 4,500 built during and after WWII alone. Multiple engine, fuselage, tail, landing gear and cabin variations were built in order to accommodate all the needs that were asked of the plane. 32 variations had been created and over 200 modification kits were built in the 32years of production. This British variant is a CAF owned and operated C-45F. It was restored in the early 90’s and painted in the British Royal Air Force with D-Day markings. 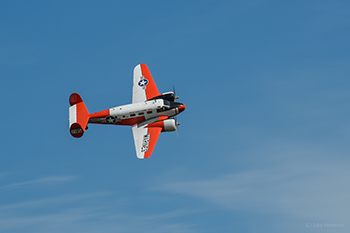 One of the civilian roles that the Model 18 was used for was aerial spotting for the US Coast Guard. Throughout the different variations of the Model 18, several were equipped with floats so that the plane could land on water. Few of those examples exist today. This example was photographed a couple of years ago at Wings Over Houston. 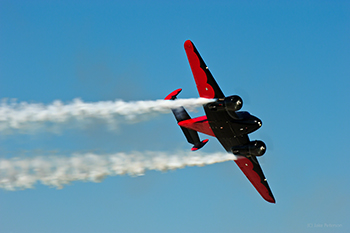 Among the most famous airshow performers over the decades has been the Younkin Family. Matt Younkin has performed over the years in his families Twin Beech providing not only an amazing aerial display of the planes capabilities but also a reminder of the golden age of flight. The black and red aircraft is possibly the most well known Twin Beech in the world. 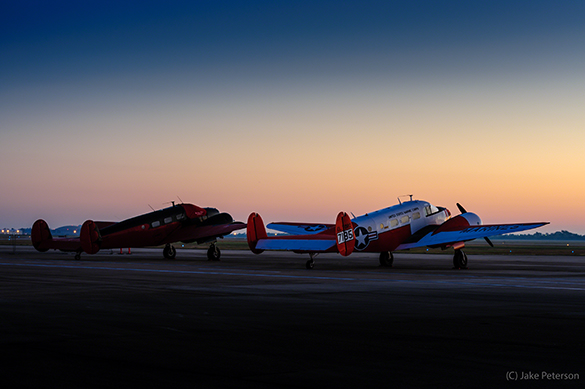 The Beechcraft Model 18 was designed for civilian use, went to war and served in many roles and ultimately ended up right back where it started in civilian hands. Today it can seen all over the country and while it is not a as well known warbird it is still a very functional and interesting aircraft.