The two times that I have come to EAA Airventure, Oshkosh I have been fortunate enough to do an air to air photo mission. You would think with the surplus amount of planes that come to the Airshow that it would be easy to do more but in reality it is very difficult to do. First off finding the subject plane is easy. In reality it’s not hard to start talking with a pilot, make a friend, and then want to go flying. Finding a photo platform isn’t that hard either. Since so many people fly in to camp under the wings of their planes, finding the right GA plane like a Bonanza isn’t too hard. The challenges start after that. 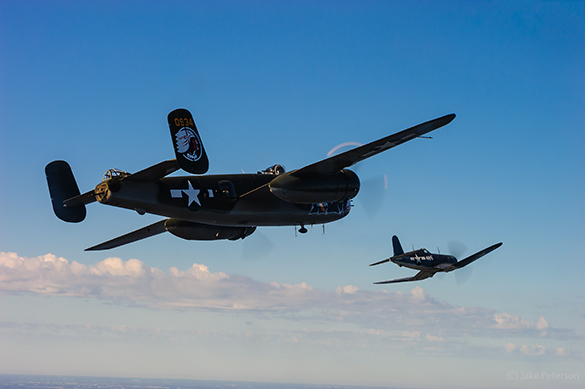 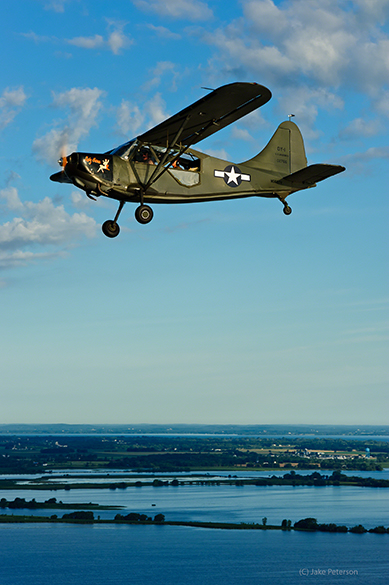 The first major one is getting into the sky. The air space around Oshkosh is very busy with traffic making it difficult to do a scheduled early morning or late evening shoot. Then there is the background. Most of the area is surrounded by houses or towns so getting a clean background without spending lots of time in post is also tough. Now none of this means that it isn’t possible. Every year many articles are published with images taken at Oshkosh. My best advice for doing an air to air at Oshkosh is talk to the pilots. They know more about the ins and outs of what is happening then anyone else. Also study the maps. While most go over the lake that isn’t far from Osh, really know they area nearby so you can plan out your trip thoroughly. Also talk to the tower beforehand. Make sure they know what you are planning so that you can get the go ahead. At the end of the day bear in mind that it’s just a photograph. If you don’t get it the world will keep spinning.