Airventure 2016 was a blast! Back home at the office now and loving going through the 30K images I took at Oshkosh. It’s a fun process. EAA Airventure offers a lot of different events to enjoy. Each year is different but each time you leave feeling like you need a vacation because so much goes on. The Texas Flying Legends Museum made their debut on Wednesday with a performance that afternoon. 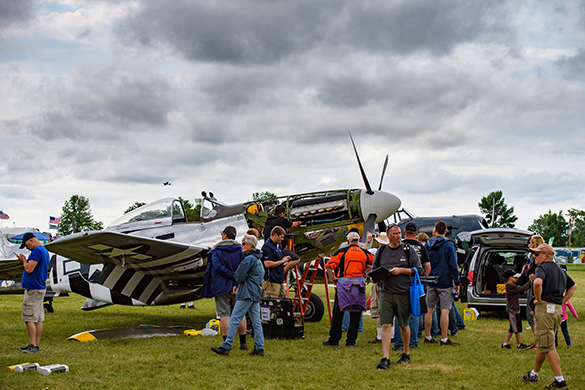 The group had a big crowd as they were working on the Mustang which had a bad magneto after they landed on Tuesday. It prevented the Mustang from performing but gave everyone a chance to see the inner working of the Mustang. While standing in Warbird Alley it was interesting to watch as everyone swarmed around the open plane. 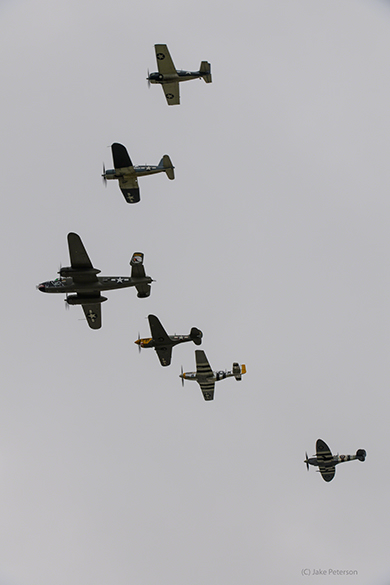 Thursday’s performance was back to their usual routine with six ships flying and pyro going off. This year has been a bit different without the Zero and Corsair but Oshkosh saw the return of the Corsair which was the star at Sioux Falls Airshow the weekend prior. Amongst the popular of planes in Warbird Alley, the museum’s Spitfire MkIXc drew a crowd every day. The first day I had the pleasure of speaking with some folks from England who were more enamored with the Mustangs the Spitfire. It was quite interesting to hear the role reversals of popularity amongst planes. 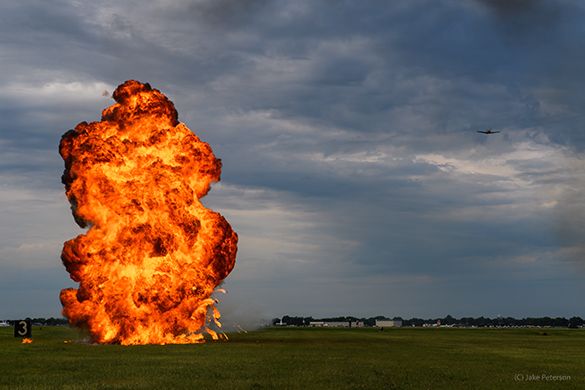 If there is one thing that the crowd at Airventure enjoys more then the planes it’s the pyro. When those explosions go off everybody is standing up. It doesn’t matter which plane is flying to enjoy the boom. I had the rare opportunity to go out onto the pyro line to photograph TFLM’s performance. Shooting with the D5 and 24-70 f/2.8 I tried to capture the perspective of a soldier on the ground during a straffing run. Between the heat of the flames, the percussion of the blast and the force pushing me back, the feeling of those planes coming in on a straffing run felt very real.

The overall event was an absolute success with pilots and attendees leaving happy. Airventure is always a year of anticipation with a couple weeks of excitement and then thrill is over. It’s amazing how fast it goes by every time but seeing the awesome planes and meeting all the wonderful people makes it worthwhile every time.