EAA Airventure has a lot to offer but no trip to Oshkosh is complete without a stop at the EAA Airventure Museum. The museum has some of the rarest aircraft in the world sitting on display for people. Most of the planes in the museum are actual first, either the the first one made or was the first to set a record. It panders to all ages and all areas of aviation interest with a combination of antique, warbird, sport and modern aircraft. 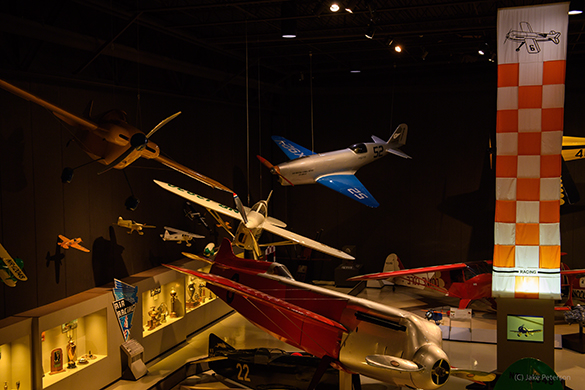 A lot of the museum is dedicated to EAA’s founder Paul and Audrey Poberezny. While the museum houses lots of great planes outside there is even more as the warbirds are pulled out so that the inside has space for receptions. Also outside is the pioneer airfield and antique hangars where it truly all began. 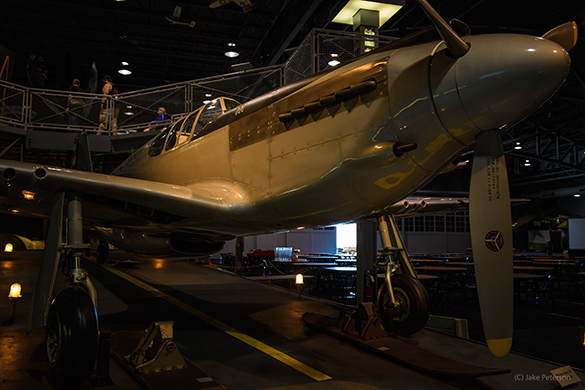 Shooting inside buildings like this with spot lighting here and there with heavy shadows in between used to be very difficult, but as cameras got better it became a lot easier. With the D5 and 24-70 f/2.8, a perfect walking around combo, I simply put the camera to ISO 3200 which the D5 is optimized for, added -1.0 exposure compensation, and boom no problem. I had a fast enough shutter in even the darkest of areas and what little noise that was produced was easily taken care of in ACR. This P-51, the first ever built P-51, was photographed with that exact recipe. 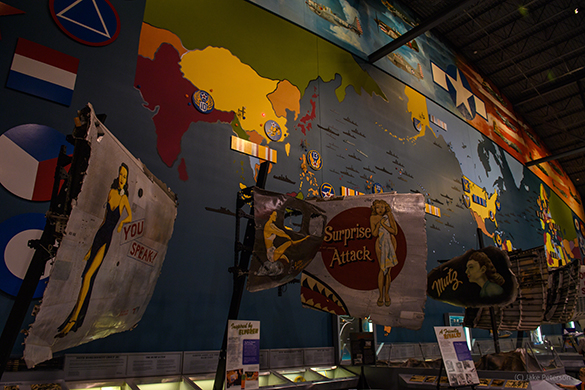 Some of the exhibits in the museum change. On special loan right now from the Commemorative Air Force is the collection of Nose Art preserved from actual WWII combat aircraft. The list of planes varies from B-17’s, B-24’s and a few others I couldn’t quite recognize. To see this impressive collection of history preserved is quite something. What was interesting was the kids friendly and the adult sections. While it was common to have pretty girls painted on the nose of planes, most were covered. To see examples where they weren’t made me wonder what the CO’s of those squadrons had to think when they saw what their pilots were doing.