The Martin Mars was without a doubt one of the biggest highlights of EAA Airventure, Oshkosh 2016. I mean that quite literally as the plane is massive! It’s not as big as Howard Hughes’s Hercules seaplane plane, also known as the Spruce Goose, but since that plane only flew once it was never considered operational and thus the Martin Mars became the largest operational flying boat in the world. 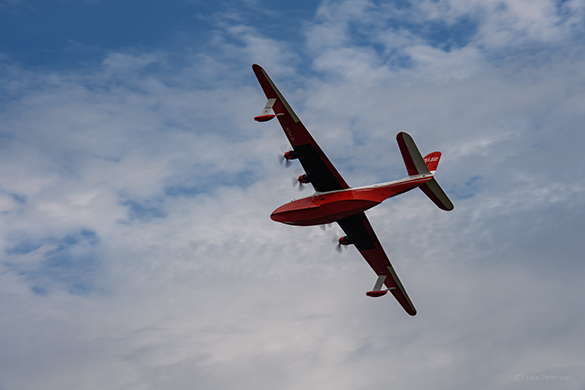 The Martin Mars was developed in 1938 and first flew in June 1942. Only seven were built and after the war only four entered private hands as fire bombers. The US Navy contracted Glenn L Martin Company to make the Mars as a long range ocean patrol flying boat. By the time the Mars had reached the Navy the idea of a patrol bomber was obsolete and the Mars became a transport plane. Of the original order of 20 planes only five were delivered by the end of the war and the last was delivered in 1947. Of those five only five survived into the 1950’s. In 1959 the Forest Industries Flying Tankers in Canada purchased the remaining four as dumpers. Of those four, two crashed and the Philippine Mars and Hawaii Mars are the only two left. The Philippine Mars was scheduled to go to the Navy Museum in Pensacola, Fl while the Hawaii Mars is still up or sale. 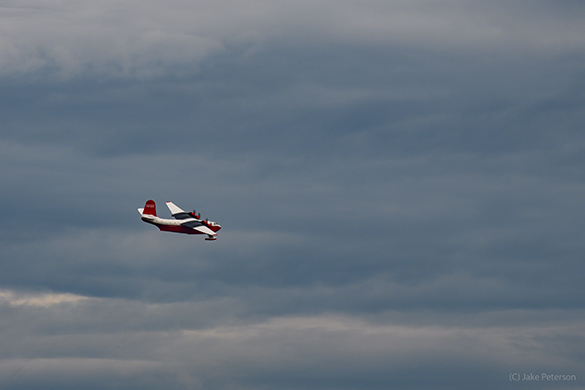 This plane truly is massive and slow. Photographing it was quite easy because you really didn’t have to pan very fast with the plane and when it was overhead 200mm was actually too much lens. The other great part is that the red and white paint job made it visible from a long ways away. 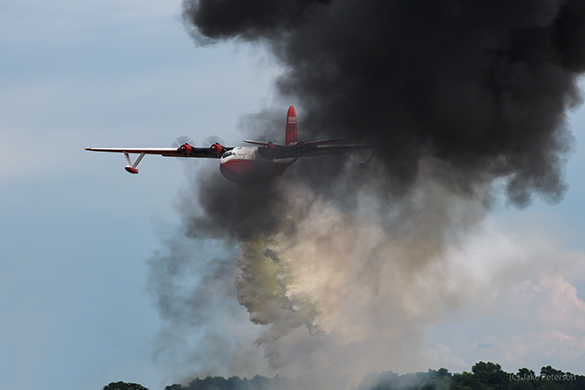 The Hawaii Mars made it’s debut at Airventure with a splash as it had done for years at other airshows. The impressive display of water being dumped on a controlled fire set off by the pyro team was unbelievable. It is sad to think that this plane’s future is so uncertain but due to it’s size and the amount of maintenance to keep it going it truly is a tough plane to keep in the skies. Thankfully with the help of volunteers and a few individuals there may be a bright future for it yet.