The Snowbirds have been a favorite of mine for years. This Canadian Jet Team was been performing for years and each time it is done with such precision that it almost doesn’t seem real since they fly with nine aircraft. The CT-114 Tutor while deceptive simple is an impressive aircraft and even with nine airplanes the group is surprisingly quite especially compared to the F-18 Super Hornet or F-16 Falcon. 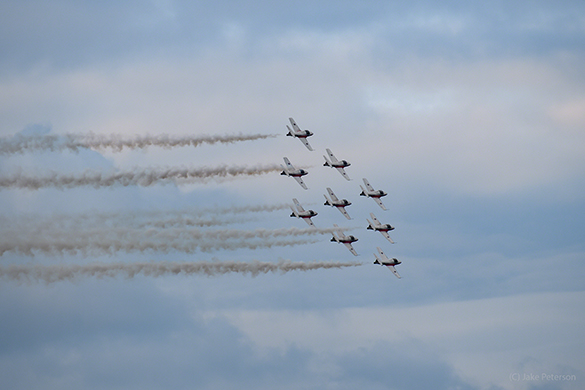 The Snowbirds performance is an aerial ballet. When one plane has to land for a mechanical the other eight continue on with the same precision. The Snowbirds travel with two spare planes just in case there is an issue. After landing the spare aircraft is brought up and rejoins the group. 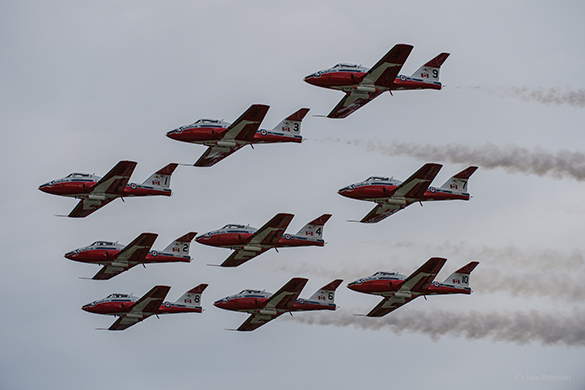 This year marked a very special reunion with the Snowbirds and EAA Airventure. The Snowbirds had been absent from Oshkosh for thirty three years and Saturdays performance was the 2,543 show that the group has done. That’s a lot of flying! 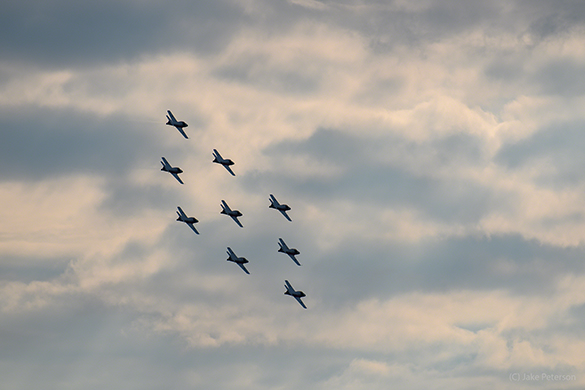 Photographically these planes are great. A red and white subject, you can’t go wrong with that. Even with overcast skies they stick out. My choice for photographing them is still the D5 and 200-400 VR. It’s my go to lens combo for ground to air work. Of course if needed there is always high speed crop for those further away shots. One thing I try to do with all my aviation shots is have lead in or lead out space from the subject. With the planes that are moving it’s very important to have that visual element to tell the story.