The D5 has some amazing abilities but the one that I’ve spent as much time testing is shooting in the dark. At EAA Airventure they do night performances which are always spectacular. Over the years I have come to desire to the great plane with the firework shot to which I have never gotten the exact one. On the last night I was behind the Howard 500 shooting the fireworks. When it comes to Osh you tend to carry a lot, especially when you are camping, so I didn’t have a tripod with me. For stabilization I sat on the ground and shot up. 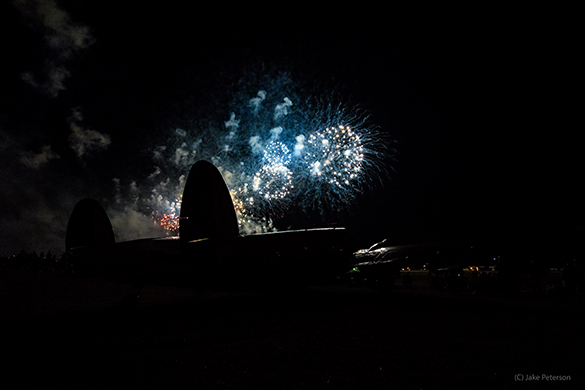 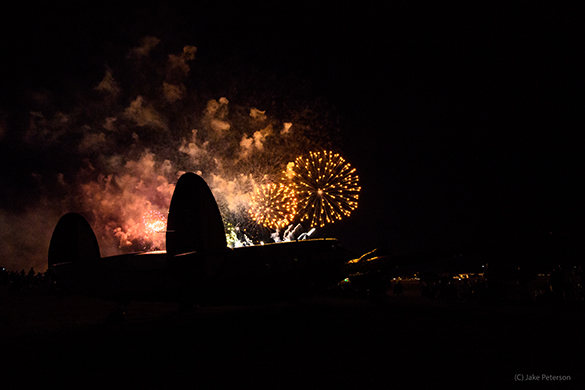 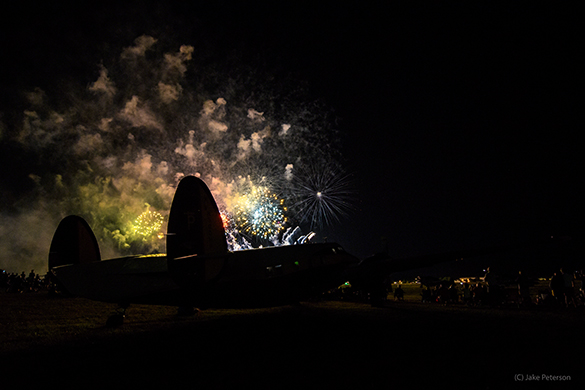 Since I wasn’t using a tripod I did have to crank up the ISO but combined with Long Exposure NR, which is a great setting to help minimize the amount of noise you get when shooting at night, I was able to get some good results. Now obviously I was using a little bit faster shutter speed since there isn’t a great blur to the fireworks. That’s okay, that wasn’t what I was going for. As I said this was having fun testing out the camera.