I have never been much for jets but I still photograph them as subject as opportunity. To me they just lack that luster that is there with warbirds and antiques. That’s just the way I mentally perceive them. They are still amazing pieces of machinery that can do some amazing things. In some ways they are easy to photograph and in other ways they are hard. With a prop in the front it is hard to see speed with a blue sky background. you need clouds to make them pop. That’s the hard part. Without a prop that needs to be blurred out it’s easier to pan with jets because you can shoot at a much faster shutter speed thus almost guaranteeing sharp images. 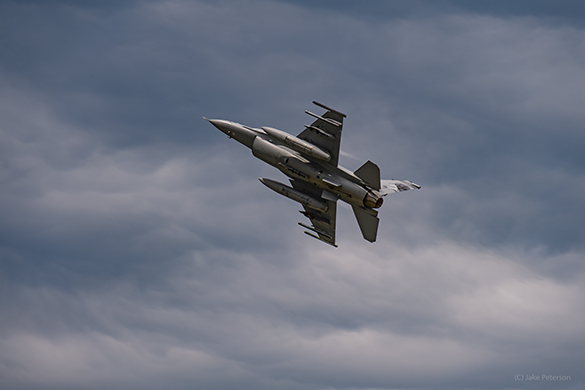 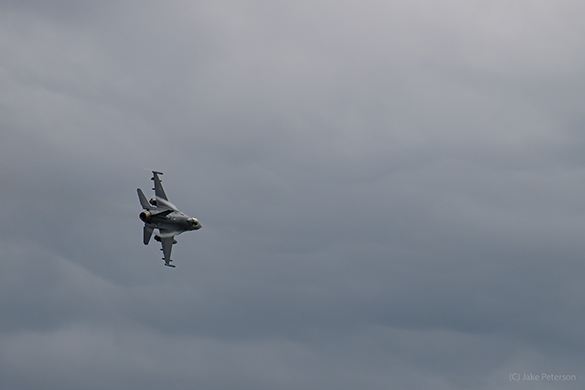 A year ago Dehaze was added to Lightroom and Adobe Camera Raw. It’s a very impressive tool that can be used to bring out a lot more of the character in any photograph. It can also be used to much and thus create a very contrasty image. It works great with aviation in bringing out the character of clouds. When you use it you have to be careful with the plane. Since it’s a global effect to works on the plane too and the results aren’t always flattering. One thing that you have to do is bring down the saturation level with blue slider and aqua slider when you bring up Dehaze. Those two areas are affected most and can become oversaturated real easily. Since the trend right now is really focusing on a natural look in photography, that’s something to consider also.