Today marks a small event in history that would later become a much larger one. On this day in 1941 the US Navy commissioned the Naval Air Station on Midway Atoll. A little over a year later on June 4 and 6 1942, the famous Battle for Midway was fought between the US Navy and Imperial Japanese Navy. It’s amazing how this island, less then 3 square miles big became such an important spot in the Pacific Ocean. 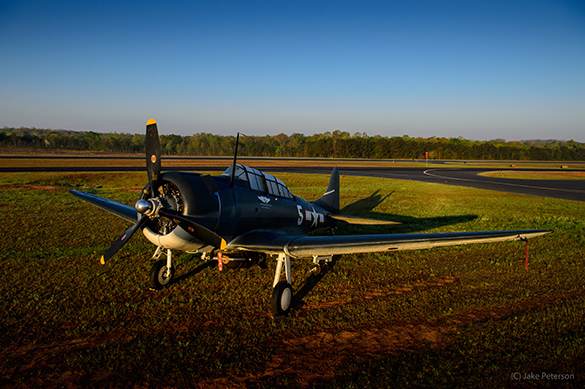 While the main battle for Midway took place in the ocean a ways offshore, the island was bombed heavily in order to destroy it’s mixed assortment of planes before a landing force could take the island. The pilots of the US Navy Aircraft Carriers did a tremendous job, as did those that flew off of Midway, beating back the Japanese forces. The SBD Dauntless seen here is one of two original SBD’s flying in the world. The SBD played a critically role against the enemy carriers. This particular plane is part of CAF Dixie Wing in Peachtree Georgia.