A big part of aviation is the people that come out to see the planes. While the planes represent a significant historical look into the past, they are also a tool to get kids and veterans inspired and educated on what happened throughout WWII. The planes truly would not be here today if there was not a demand to see them. At the Atlanta Warbird Weekend, there were several instances when this became apparent. The one particular moment that stood out the best was on Sunday when one man came running up to the line of P-40’s and was utter shock to see the five planes sitting there. Dad and I looked at each other and chuckled but realized later how or some people these sights are new. 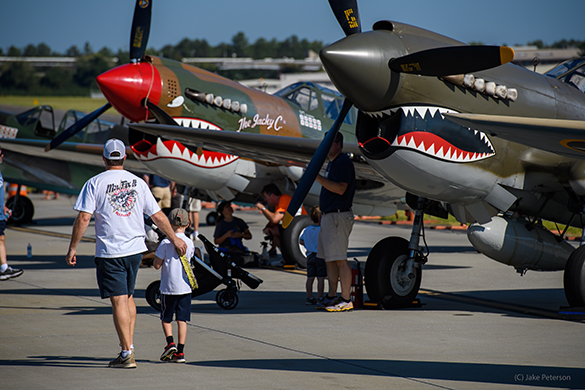 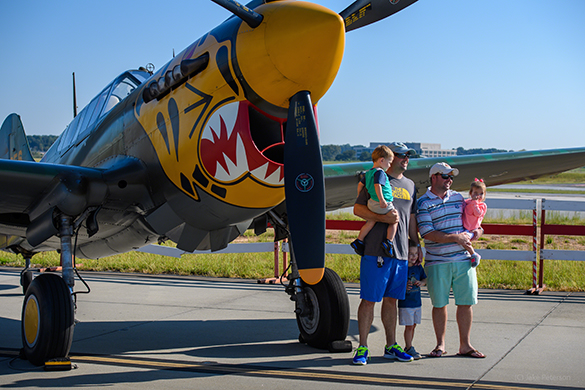 In aviation photography, when overing an event you have to photograph the people. Veterans, singers, re-enactors, pilots, mechanics, and of course kids. The people tell the story and getting those shots are essential. There are basically two ways to go about this. First, is talking to people and asking for portraits with them and the planes. The second is what we call sniper mode. Standing back a ways and then shooting with a long lens for those key moments. Both techniques are useful and tell different stories. These two images are examples of sniper mode and in this case were taken with the D5 and 70-200 VRII. Why the 70-200 and not a 200-400? Well this event had a small ramp and a 200-400 was just too much lens. Knowing the area you’re working is critical when it comes to lens selection. Often times standing back and watching is a great way to learn the flows of the land. At the end of each day, just like any other shoot it is important to take an inventory of what is accomplished and what is still needed.