The B-24 Liberator was built by Consolidated Aircraft Company in Sand Diego, CA as a heavy bomber to be used during the bombing campaign of WWII. Consolidated was already making flying boats and trainers when they went after the contract for a heavy bomber. The initial fuselage and tail were designed after their work on the large flying boats. The B-24 had numerous techinological invations that in some ways made it superior to the B-17 although was never produced in the same quantity. Today marks a special anniversary in the history of the B-24, on December 29th 1939 the prototype XB-24 first flew. The B-24 would go onto to serve with multiple air forces throughout the war and would be utilized in the European and Pacific Theatre. 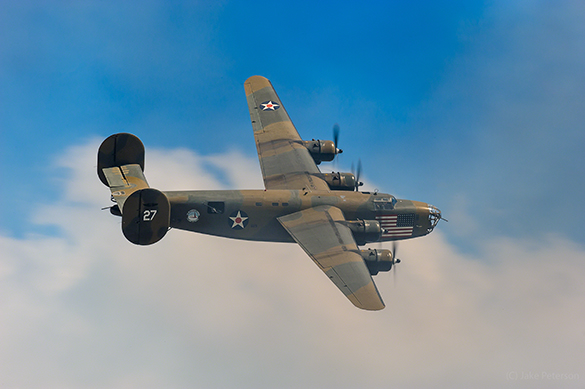