Last Friday I was very fortunate to go along with my Dad on one of his projects over to the west side of the Sierra’s. Dad was going to go work with the Sanders family at their facility outside of Ione, CA. Now the Sanders are renown in the aviation world for the restoration of the Hawker Sea Fury and for racing Sea Fury’s at the Reno Air Races for several decades now. But the project wasn’t about that but about as far from that as possible. 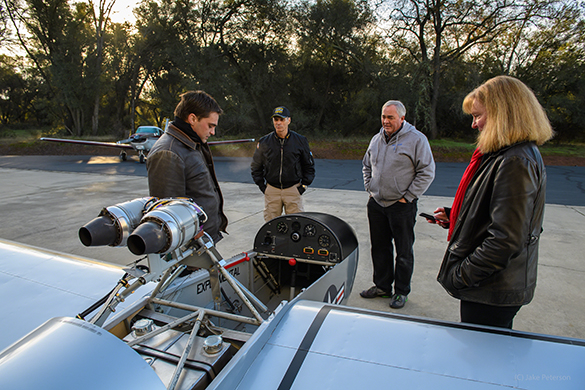 Brain’s sons Chad and Tyler had built a jet powered glider out of a Schweiser SGS 1-26 Glider and two R-200 RC turbines. The glider holds about 13 gallons of fuel allowing for roughly 30 minutes of flight time before going back to a normal glider. The project started when Chad was in college and needed a final project. Both are engineers so an aviation project seemed perfect. The result is this truly amazing piece of technology, which the boys affectionately refer to as the poor man’s U2. 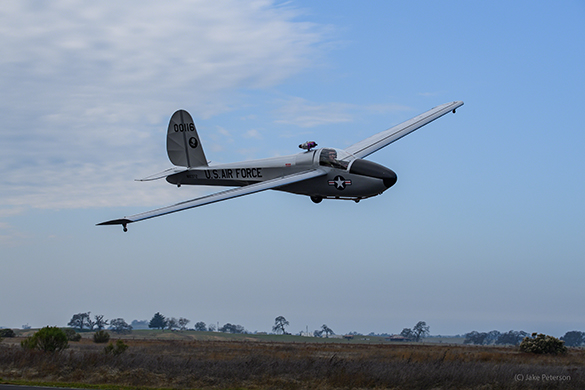 Photographically this shoot was a ton of fun and really simple. For me the shoot was all on the ground meaning people shots, detail shots and ground to air shots. The D5 and 24-70 was the perfect general combo for the ground work and when the Glider went up, a quick swap to the 200-400 was all that was needed. Now the one really nice thing about this shoot is the glider didn’t have a prop so I didn’t need a slow shutter speed to blur the prop. Aperture priority the whole way making it simple and fun. What a great day!