Well this post is a few days early but since it would fall on Saturday it seemed appropriate. On January 7th 1942 the first flight of the Supermarine Seafire took occurred. The Seafire was the naval version of the Spitfire. The name was a shortened version of the Sea Spitfire. The idea was first brought up in 1938 but was quickly dropped and outdated aircraft were ordered instead. The idea was brought back up in 1939 during the outbreak of WWII and with the Hawker Hurricane already able to be carrier operative the idea for the Spitfire variant was again brought forth. This time a production model was built with an arresting hook and folding wings. An order was placed but was turned down by Winston Churchill when he advised Lord Beaverbrook about the need to build Fulmars. Rescources were tight but the future would tell the tale. 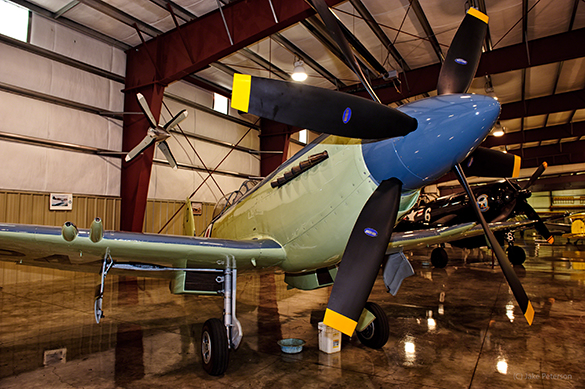 The Seafire eventually went into production with over 2,000 being built. This Mk 47 is the only Seafire I’ve had the chance of photographing and is in a private collection in Montana. It saw action off of the USS Triumph during Korea.