One of the best parts about working with aircraft is every airplane can become a great subject. The plane doesn’t necessarily have to be old, a veteran, or even rare. Each one has it’s own story and it’s own geometry which can make for a good photograph. This Luscombe T8F Observer, photographed with the D5 and 24-70 f/2.8 at sunrise, is a great example as Luscombe’s while not super common anymore, there was still almost 6,000 built in different variants. 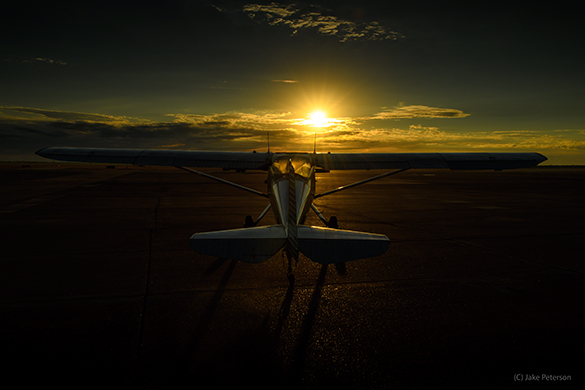 So what makes this subject great? The T8F had a very special canopy design and that’s primarily why it stands out. Luscombe Aircraft Corporation started building the Luscombe 50 (Model 8) in 1937. It became one of their most popular aircraft. One of the stand alone features that pilots love is the plane is all metal with fabric covered wings. The T8F Observer is special in that the metal fuselage behind the wing was removed and a canopy was built for better observation from the backseat. The sun is making the image pop as the light is traveling through that canopy, showing it off. If this was any other form of Luscombe that light wouldn’t be moving through the aircraft. This aircraft became a great subject not only due to its history but also by highlighting what makes it so unique.