NASA started using U-2’s in 1971 for high altitude data collection of Earth’s resources, oceanic processes, atmospheric chemistry and celestial observations. The aircraft were also used for satellite calibration, satellite data validation and electronic sensor research and development. In 1981 and 1989 NASA purchased the ER-2 to replace the U-2’s. The ER-2’s being an updated version of the U-2. 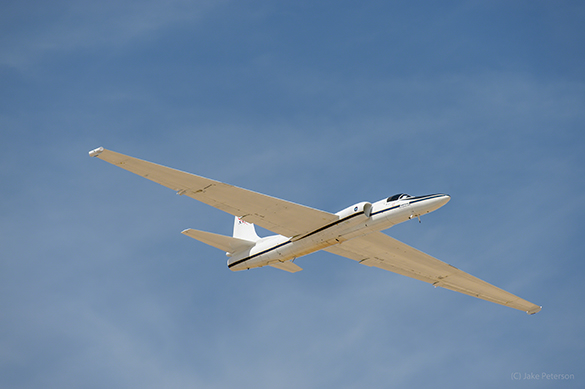 The ER-2’s have played a key role in earth science due to their ability to fly in the sub stratosphere at subsonic speeds collecting viable data. In 1987 an ER-2 went down to Chile to perform flights over the Antarctic which brought back some of the first viable data on chlorofluorocarbons. The ER-2’s have been service for over thirty years now providing information on multiple earth sciences. The Cold War plane found a new life helping those that it flies over. 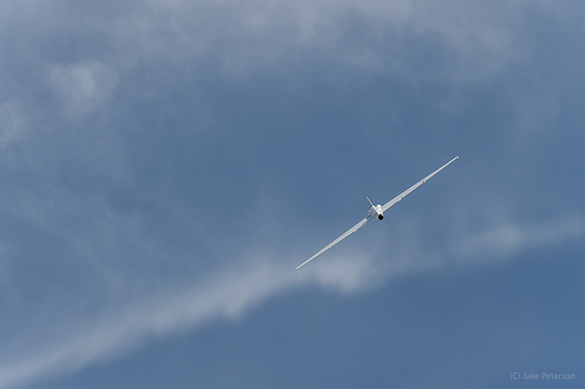 The ER-2’s at based out of NASA Dryden which is part of Edwards Air Force Base and can often be seen flying over the desert. This past year at LA County Airshow, those on the ground were fortunate to see one of the ER-2’s flying over the field. The remarkable thing about these jet planes is how quiet they are. They also turn very slowly which is expected with the long wing. Shooting with the D4 and 200-400 VR, getting a sharp image of these slow flying aircraft is actually quite easy.