Today marks the first flight of the Bell XP-39 Airacobra. The prototype first flew in 1938 at Wright Field, OH. In 1937 Circular Proposal X-609 went out requiring a new interceptor fighter with heavier armament, a canon, General Motors electric turbo-supercharger, liquid cooled Allison engine, a level speed of 360mph, and a climb to 20,000 within 6 minutes. The Airacobra was simply an extension of the fighter pursuit role but on paper met all the desired requirements. 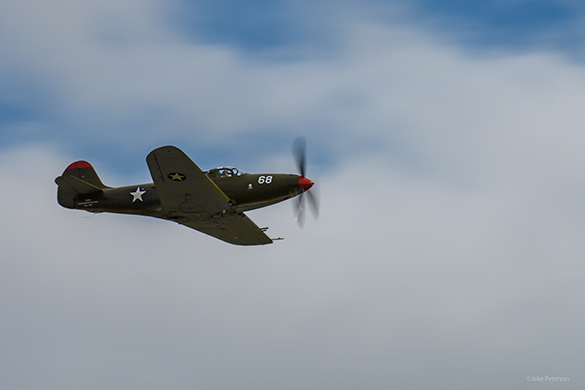 The P-39 was a unique airplane with the engine in the middle of the plane, behind the pilot, with a long shaft running through the pilots feet beneath the cockpit floor to turn the propeller. It was also the first fighter equipped with tricycle landing gear. While many pilots were at first concerned about the practically of the design, especially when it came to crashing, after tests were done it was proven to be just as reliable as any other fighter. The design was primarily built around the 37mm Oldsmobile Cannon in the nose as opposed to being built around a certain engine type. This resulted in a very aerodynamic nose. After the NACA tests were done, including those in the wind tunnel, it was determined that the plane needed to be faster having not met requirements. A 16% increase in speed was needed so drag needed to be eliminated. One of those items that was removed was the scoop on the left side of the fuselage bringing cool air in to cool off the supercharger. It had to be all inclusive but the plane was built two tightly so the result was a one speed one stage supercharger. Historians have argued for years as to the motivations behind the lack of the two stage supercharger. 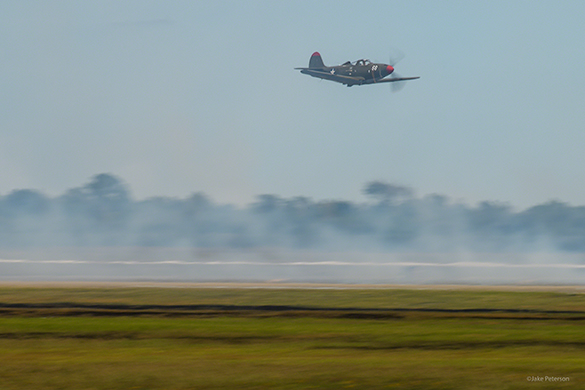 Despite the early problems, the P-39B and P-39C were built with a max ceiling of 12,000ft before losing performance. However, they were not equipped with self sealing fuel tanks or armor plating so they were sent back and the P-39D was the first production model to go into service in 1941 with both of these features as well as two .30in machine guns and two .50in machine guns. Between 1940-1944 over 9,000 were built with over 5,000 of those ending up in Russia to fight in the Eastern European Theater. While the P-39 did serve in the USAAF, RAF, Free French and the Italian Co-Belligerent Air Force, it was the Russians that loved the plane the most. Most of the aerial fighting they were doing was below the 20,000 mark.

In today’s world the P-39 has a low survival rate with the majority being static and only three in the United States still airworthy. In some ways it is a sad ending since it has the most individual scores for a US fighter in the Eastern European Theater. Thankfully there are at least some survivors. Yanks Air Museum, the Commemorative Air Force and Lewis Air Legends have the three flying examples all of which are worth going to see.