On October 19th 1940 the Seventh Air Force was established in Hawaii providing Air Defense of the islands before going to the Pacific Theater where it fought in many of the major air battles during WWII. From Pearl Harbor to the Battle of Okinawa the Seventh Air Force’s Fighter, Bombers and Transports saw a lot of action. By August of 1944 the Seventh along with the Thirteenth and Fifth Air Forces were assigned to the United States Far East Air Force and were focusing all effort on Japanese held islands. From Mid 1944 to July 1945 the Seventh focused on stopping Japanese attacks on the Mariana islands. 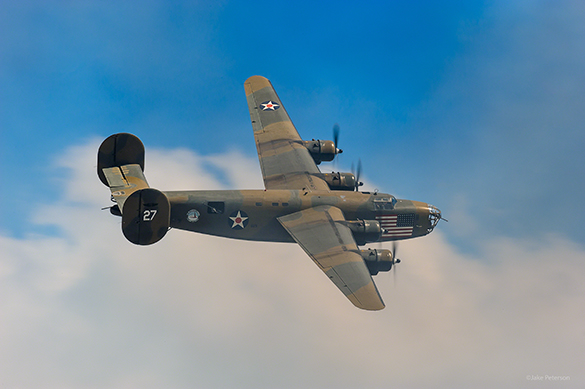 Seventy Three years ago the first B-24 bombing raids were made against Iwo Jima. There would be ten major raids in the month of August made by Saipan based B-24 Liberators. Iwo Jima was a crucial strategic island in the campaign against Japan. B-29 bombers would later use the island’s airbases to bomb Japan’s home island. Iwo Jima itself went down as one the costliest battles in the Pacific, with more American casualties then Japanese.