I actually wasn’t going to talk about the Battle of Midway. This is more of a fun fact when it comes to history. August 18th 1941, the US Navy commissions US Navy Air Station at Midway Atoll. This small hunk of worthless land in the Pacific, which never saw more then nesting birds on it, had suddenly become very important. 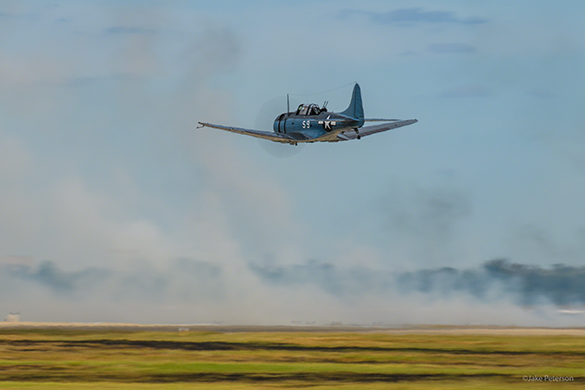 Before and after Pearl Harbor, Japan was taking islands all across the Pacific. Seeing the possibility on the horizon of an attack against the US, the US Navy began strategic manuevers in case of such an event. Midway became famous on June 4 and 6 1942 during the battle in which both sides took casualties but America was victorious. The SBD Dauntless Divebomber, as seen above, helped to make that victory against the four Japanese carriers.