We’ve all heard about those images that everybody takes whether it’s the railroad tracks, the road leading to the horizon, the feet hanging over a building or something like that. They were images that at one point were ground breaking and yet have become cliche because everyone does them now. The question is, just because everyone takes them should you? 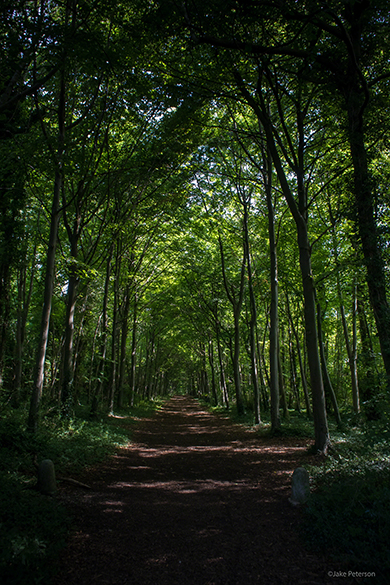 When I took this shot I was thinking just that. It was another one of those paths off to the distance surrounded by trees. It’s been done more times then I can account but that doesn’t change the reason why I took it. I captured this image because I wanted to preserve this memory. I was in England at Wandlebury Park. I might never get back there in my life and if I wanted to tell the story of this place to somebody then I would want this photograph. So yes it is rather cliche but to me it’s a memory and that’s what some of these photos that are known as being kinda cliche should be remembered for. They are memories of experiences that you have and don’t want to forget.