As much as I like going to places that are a little less well known but are still really interesting, every now and then you just have to go to the famous spots. They became famous for a reason so that alone says something. While in England I got to see a couple of those places one of which was Tower Bridge. More importantly I got to see it go up and down which is pretty impressive. 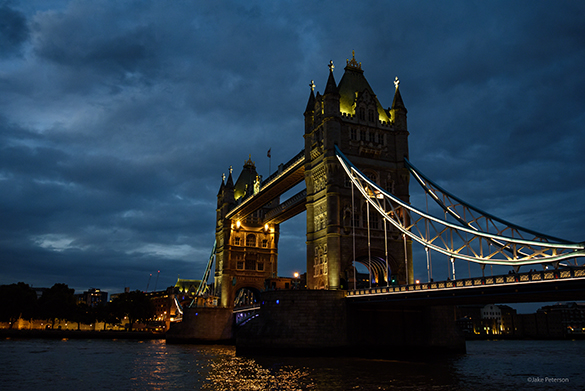 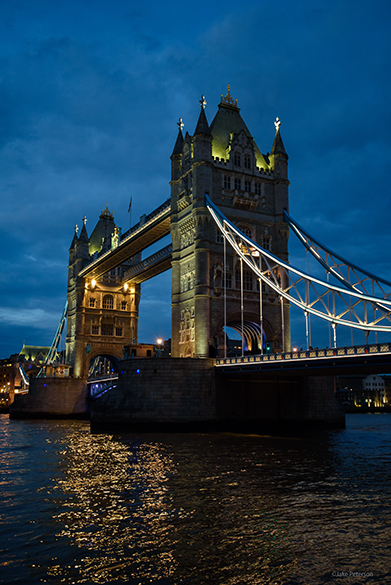 Photographically the bridge is a must. With it’s great lines whether in day or night it’s worth taking a picture of. The question does become though, is it better as a vertical or a horizontal? When you hear the word tower the mind instantly goes to something really tall or something that is looked up at. That connotation plays to a vertical image but if the supporting elements aren’t there, a good foreground and a good background, then a vertical image wouldn’t work. Night time works well in this instance because of the added glow from the lights. It’s helping make the Thames, which isn’t a pretty color in the daytime, look good. If it wasn’t for that then it probably wouldn’t work. When it comes to composing think about not just the elements but also those words because they do play into a photograph.