The Lodestar was Lockheeds answer for a passenger airliner to compete against Douglas’s DC-3 which was already in widespread use. The Model 14 Super Electra was too expensive to keep up passenger service. The Model 18 Lodestar was based off of the Super Electra design but with an additional 5ft 6in in length which allowed for two extra rows of seats. The prototype with the new design first flew on this day 78 years ago. 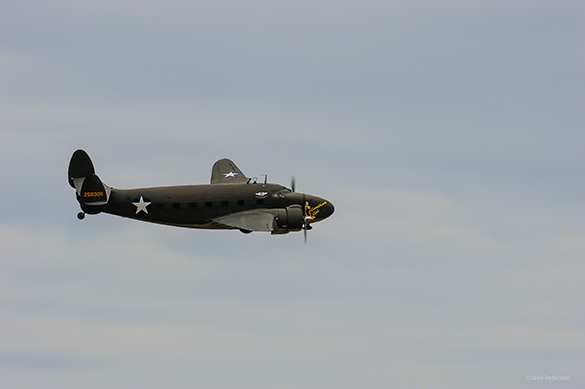 Two more prototypes were built the first one flying on February 2nd 1940. The new models received their type certificate on March 30th 1940. The modifications were successful. The added seats made the Lodestar economically on par with the DC-3 while still retaining the flight performances. The Mid-Continent Airlines out of Kansas City, MI, was the first customer of the new aircraft. Eventually 31 would be sold to US airlines with another 29 going to foreign airlines. Despite the improvements, too many airlines were already using the DC-3. Most of the Lodestars built and the majority of the 625 built new from the assembly line were converted to military use as C-56’s, C-60, and R50 depending on which branch had them employed. 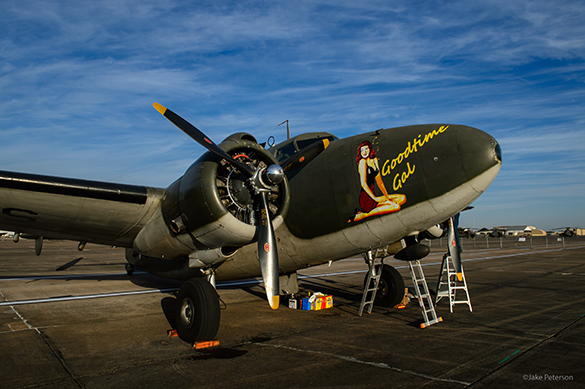 CAF Houston’s “Goodtime Gal” is a C-60A built in 1943. It saw service delivering domestic transport in the US and never went overseas. On January 6th 1945 it was sold to Skyways International Trading and Transport where it was used as a cargo plane. It was then sold to Nicaragua where it was used by the national airline Lanica. It returned to the US in the 1950’s where it was converted into an executive sled for corporations like General Dynamics and US Steel. In the 1970’s it was used for atmospheric and weather research. In 1992 it was turned into a parachute plane and flown up to Alaska. In 2002 it was bought by the CAF and was first flown in August 2011. It can be seen nowadays at the CAF Houston Wing.