When it comes to the vertical composition and big game the question most often asked is where do you crop into the subject? Shoulders, neck line, legs, you really have to be careful what you include and what you don’t because it can really look odd if you aren’t. For instance, just like with a person it’s often best not to compose with the legs cutoff below the knees. Same logic goes with big game. It just looks odd. Like stumps sticking there. 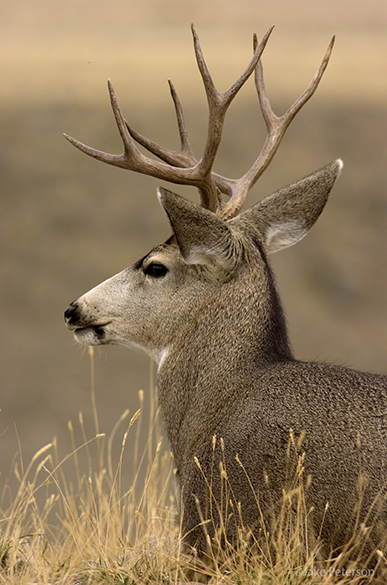 Antlers and horns are another big area to be careful with. If the subject has them then it’s best to include them. Antlers are basically another appendage like an arm or leg. You cut one off and it looks odd. My general rule of them is to go tight enough so that the legs aren’t in the photo thus creating a portrait or wide enough to capture the whole subject. It’s that simple for me.