While one of the most recognized fish species in the world, Rainbow Trout are actually non native species to the state of Montana. There is one sub species that is native and that’s the Redband Rainbow. Today’s species was introduced somewhere in the 1800’s from one of the west coast states. Despite that it has become a staple of today’s angler and for good reason. 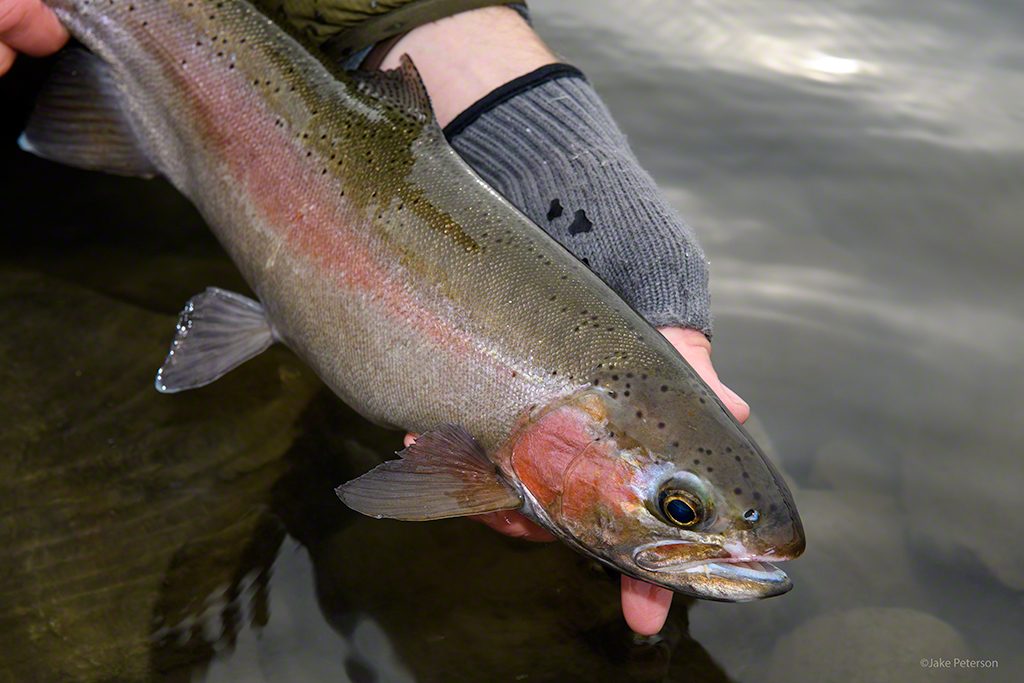 Rainbow’s are not only pretty, touting their unique color configurations about, but they are also amazing fighters. They jump, spin, run and fight like crazy which make them fun to catch. But like all species they are fragile and right now we are going into the spring spawn which makes certain areas very fragile to human impact. Some spots are point blank closed to fishing but that doesn’t always stop people. Trout lay their eggs in reds which look like nothing more then dimples in the river bed, but underneath the layer of protective dirt are the eggs. They aren’t visible which make them easy to be damaged. The ethics for photographers that want to photograph these areas are just as important as the anglers. If we want these species to persist then we have to be careful how and where we capture these images. Read the rules and regulations first. If you’re going to photograph a spot be sure you don’t enter the water. Stay on the bank. Be careful and respectful.