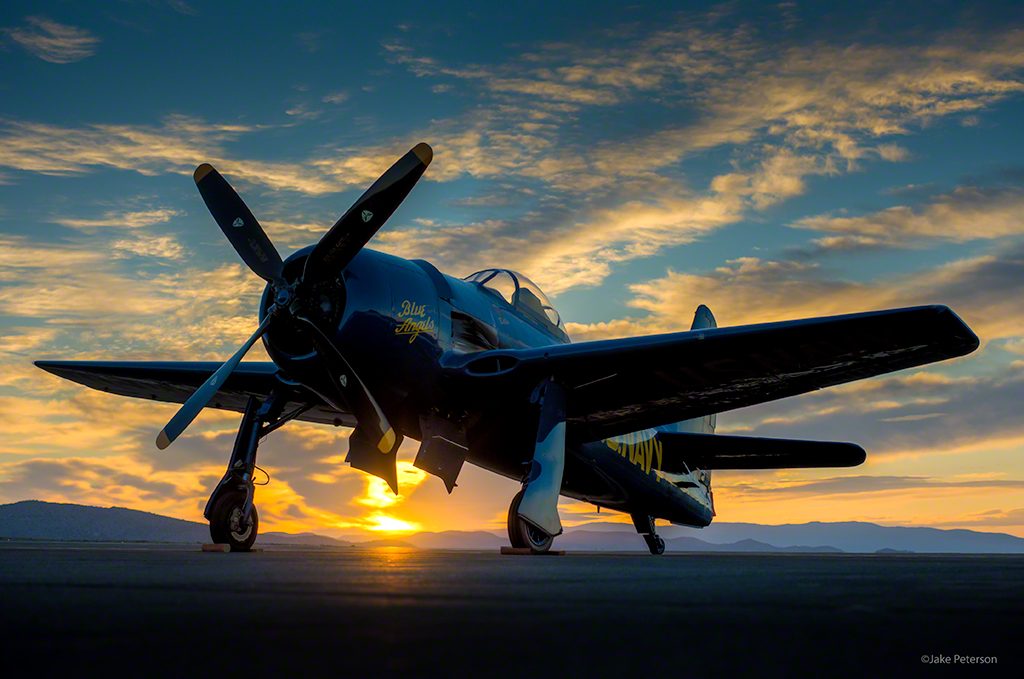 One big engine in a small plane. The F8F Bearcat never saw combat in WWII but one could imagine what would’ve happened had this 455mph fighter/interceptor entered service. Powered by the Pratt & Whitney R-2800, the Bearcat was designed to be operated off of escort carriers, which were smaller and lighter, with a high rate of climb, maneuverability and speed. The first operational squadron was ready May 21st 1945 but with the war over in Europe, production orders were vastly reduced and eventually only 1265 were built. The Bearcat first saw combat in the French/Indochina war and then again in Vietnam.

The Bearcat’s true fame came from the Navy’s choice for the famed Blue Angels squadron, then being raced for decades at the Reno Championship Air Races and for setting the 3km World Speed Record as well a the time to climb record. The speed record was of course broken later on.

Still this marvelous aircraft graces the skies of North America at various airshows throughout the season. It’s short wings, short fuselage and high profile make it hard to miss among the other aircraft on the ramp. In the skies, the sound of that R-2800 is unmistakable as it thunders overhead.