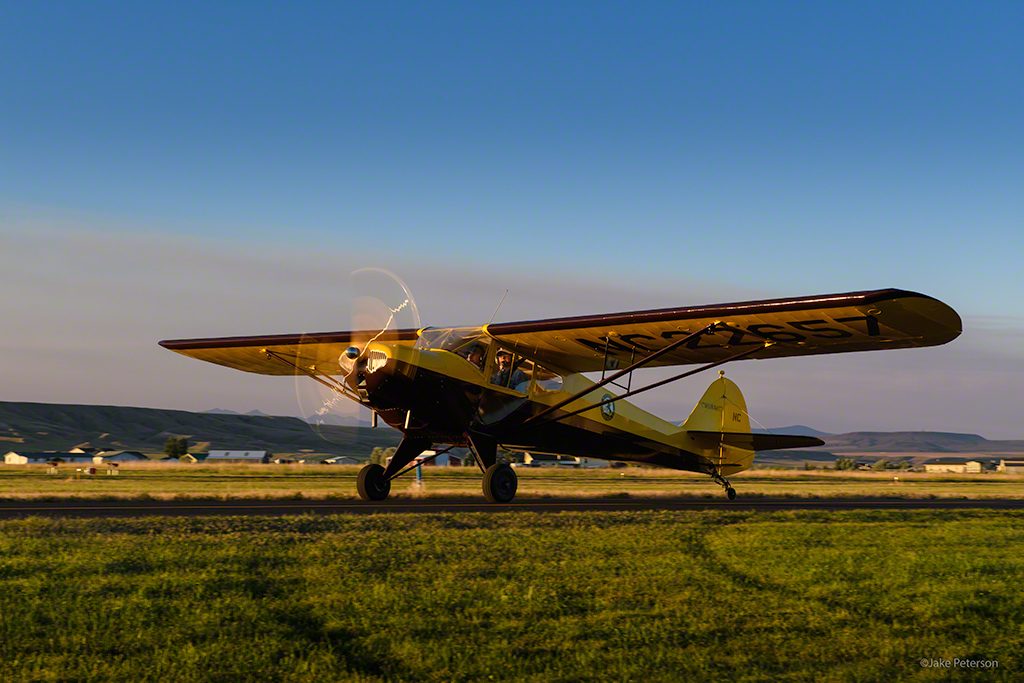 This is the best part about Aviation Photography and the fun that can be had at a simple Flyin. No matter which way you look there is always something to photograph. The best part is it only takes one airplane to make something happen. This 1939 Taylorcraft was taking off early Saturday morning to head over to Butte for the annual flyin breakfast. I got there in the nick of time for the taxi and takeoff. With the D5 and 70-200 VRII, I got close physically, kneeled down and got some clicks. Now getting close isn’t always an option but at small flyins like this one it was and I knew that beforehand. That morning was a gorgeous one at that as the cold front moving in pushed all the ugly smoke out of the way which you can see in the background.

The best part of photographing this plane was later that evening out of sheer happen chance I met the couple that owns the aircraft and we talked for quite a bit. Bev told me about her father and how he flew mustangs in the Pacific doing bombing and straffing runs. He flew 113 missions which is an insane amount! It was great hearing her stories and then being able to share my photos with her of their Taylorcraft. But it all comes back to having that one subject and making some clicks happen with that one plane.