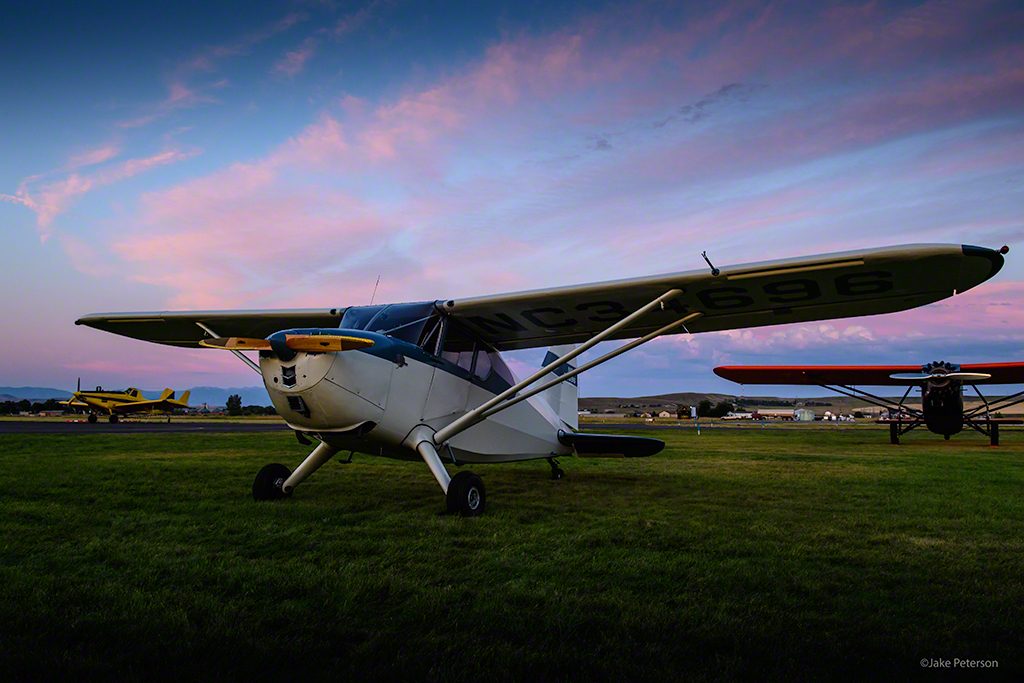 You wouldn’t think of Montana has having a lot of aircraft activity but the state has always had a healthy history of privately owned aircraft going back to before WWII. Once part of the old US Mail route, Montana has seen its fair share of progress over the years. Still, to this day there is a healthy number of antique aircraft flying around to keep the legacies of the past alive.

This Stinson 10A is a great example of just that legacy. Built as a light utility aircraft by the Stinson Aircraft Company, the 10A was a later variant of the 10, which was a modified 105. The 10A sported a roomier cabin and a Franklin 4AC-199 engine. This particular aircraft is one of 7 flying examples of the 10A in the world and it was part of a 10-year restoration right here in Bozeman. It was pretty cool to see it once again fly over the hillsides.