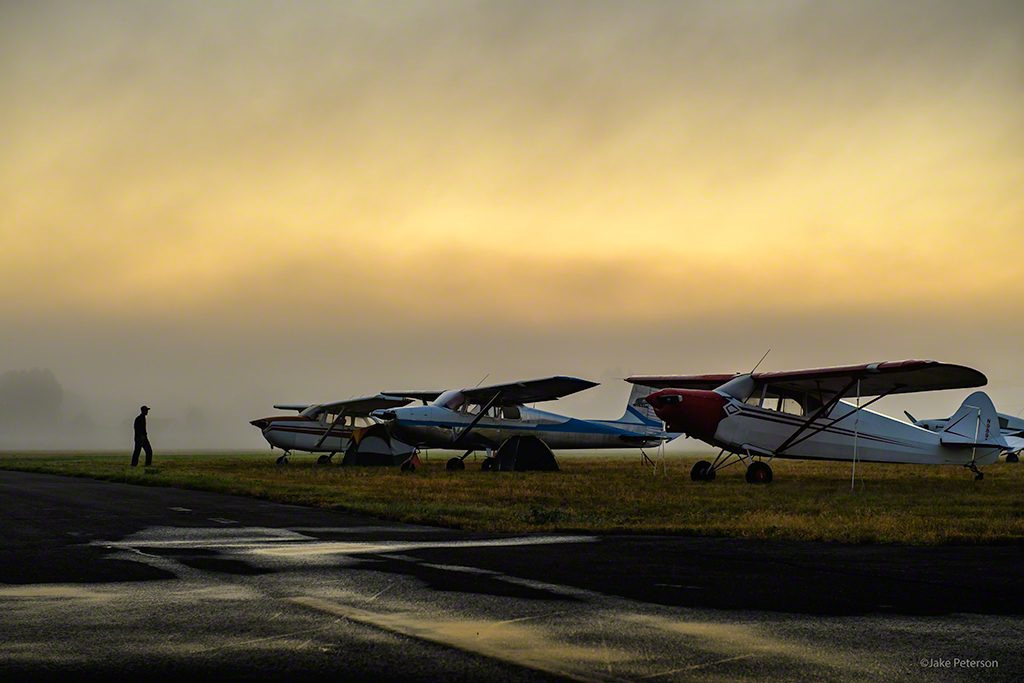 This has been one weird weather year! Every time someone thinks they have it figured out something changes. We went from a cold winter to a cold and wet spring, to a blast of heat followed by a wet summer and now in August, the temps at night have been barely above 50. Only in Montana does it seem to change this much. I know everyone says that about where they live but it sure feels that way this year in the Rockies. The one major benefit of this unique summer is how it has affected the atmosphere. Thunderstorms during sunset and ground fog in the mornings. Over the last few years, I have been going to the Three Forks Flyin and this was the first year where there was ground fog at the beginning of August at sunrise. It was pretty darn cool!