Aviation photography is one of the most adrenaline-packed fields to work in! It’s fast, fun, and full of challenges. From static planes, ground to air, or air to air, each area possesses its own obstacles and its own rewards. On this page, you’ll find helpful tips, some basics, more advanced techniques, and a few stories. You can find links to all my blog posts covering aviation topics in the past as well as my aviation weekly discussion. Over time there will be videos and more. 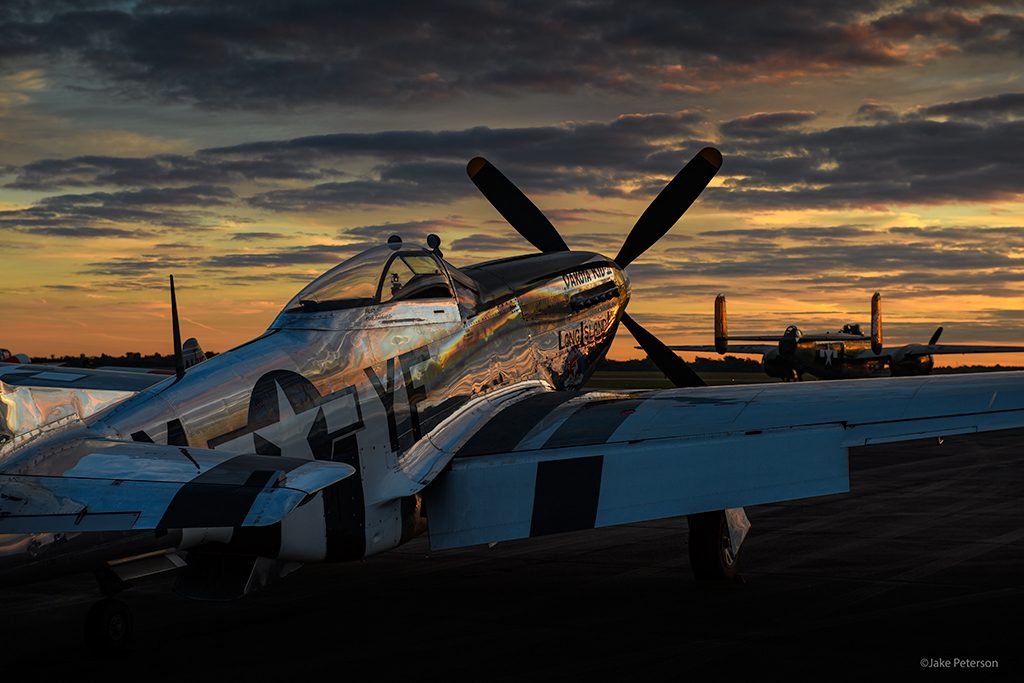 Aviation can be broken up into three basic categories; static, ground to air, and air to air photography. These fields are based upon what the aircraft is doing. Static refers to the plane being parked and inactive. Whether that means it is being worked on or just parked on the ramp, there is no danger of the engine turning over and the prop turning. Static shooting is amongst the hardest because there is often lots more going on than just a plane on the tarmac. 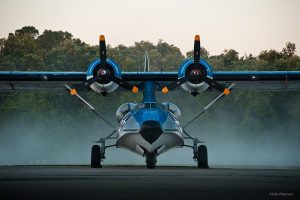 A busy background, people moving around the plane, parked by a hangar, or even inside a hangar, these kinds of elements make it harder to get good static images. A great answer to this scenario is to use a long lens such as a 70-200 or 200-400 which will help isolate the background, eliminate unwanted elements and allow you to stay further away from the aircraft which makes it easier for others to work as well. Keep in mind also that a long lens can help get detail shots which are imperative for editorial work. I do use a wide-angle lens but that often depends on how interesting the sky is. 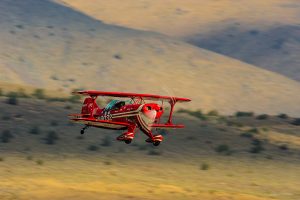 Taxiing shots are like detail shots, they tell a part of the story that each aircraft has and is often overlooked. Even run-up and shutdown shots can be useful especially when an aircraft is being worked on and the crew is standing next to the plane.

When it comes to the ground to air photography, again a long lens is preferred because generally you just can’t get as close. The isolating background isn’t as big a deal since generally, the background is blue sky unless you plan your shoots around cloudy sky days which add a lot more drama and is what I recommend. But at an airshow, you get what you get. Proper long lens technique is critical for sharp images! Elbows tucked in and twisting at the trunk is proper. Above all, you have to practice because your muscles will not remember that motion unless you practice. Now when I say long lens I mean 200-400, 500, or even 600mm. I don’t handhold the 600 but there have been times, like above, when that long lens on a tripod came in handy. I don’t like using tripods because I then have to carry it, so my go-to is the 200-400 on a Nikon Black Rapid Strap but as I said there have been times when that tripod is needed. Lastly with the ground to air and going into air to air, your shutter speed needs to be under 1/250th of a second to get a blurred prop. For slower aircraft or those that have two blades, it needs to be even less going down so far as say 1/30th of a second.

The last area is probably the most fun, exciting, and thrill-seeking of all the areas when it comes to aviation photography. It is also the hardest of them all! Air to Air photography is just unbelievable. It is hard to express in words how much fun it really is but keep in mind that it is also a great opportunity, one not many get, and a great responsibility to make sure that every plane and person in the shoot gets back to the ground safely.

As the photographer, you are in command of how the shoot goes and what’s needed to get the shots desired. You have to be clear and precise with every decision. It’s not an area to take likely. 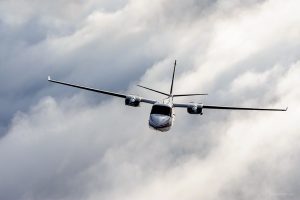 First off, air to air requires two aircraft. One photo platform, ie the plane you’re sitting in and the second is the subject plane, ie what you are photographing. I can tell you right now it is always going to be harder to find a photo platform, not a subject plane. Finding subjects is easy. Finding a plane that has the right speed capabilities that match your subject, with either a window or a door that can come off or at least one that is clean enough to shoot through and a view that isn’t blocked by the wing or the tail is tough. While we’re talking about planes, don’t be cheap! Pay for fuel and time if need be. A lot of photographers are looking for handouts. Don’t be one of them. These planes cost hundreds of thousands if not millions of dollars, so at the very least offer to pay for gas.

When it comes to equipment, firstly a good set of David Clark headset and a harness with a pigtail to strap yourself to the plane. If you don’t have them and you are serious about this, get them. If you’re not sure if you’re going to need them, well that’s aviation for you. It’s always better just to bring them along. In case you are wondering a pigtail is a strap that connects you to the plane. I use an adjustable one that is 4 feet long and can go down to less than afoot. You can find them at any mountain climbing gear shop. Also, a pair of bright orange gloves are useful for hand signals.

For camera gear, I go light with one body and one lens. Usually, it’s the D5 and 70-200 but depending on the shoot it could also be the 24-70. Now if I’m doing a video there might be a second body. Either way, both have straps and are strapped to me using carabiners. Safety is key!! Nothing loose and nothing that can fly out of the plane. At the end of the day, the most important thing is getting down safely to have a beer. The images are extra.

So there you go a few basics to get you started with aviation. Now as I said there is much more to come and more to share, things like light, keeping gear clean, the power of prints, and of course post-processing.