This seemed like a good week to have a fun aviation post. Early on when I got started in Aviation one of the first planes that I got introduced in and was the second plane that I ever flew in was the HU-16 Albatross. The Albatross is a twin engine amphibious flying boat that flew for the US Coast Guard, US Air Force and US Navy as a search and rescue plane during the 60’s and 70’s. It first flew in 1947 and was introduced in 1949. Less then 500 were built but stayed in active service until 1995 with the Hellenic Navy, Greece.

This was taken several years ago in Carson City at Dennis Buehn’s hanger where two of his then Albatross’s were parked. The first time I went flying was over Lake Tahoe in Winter and we did touch and goes on the Lake. It’s quite a different experience flying in an amphibious plane. The landings both on water and on land are quite a different experience. How fast the plane stops on water is amazing. 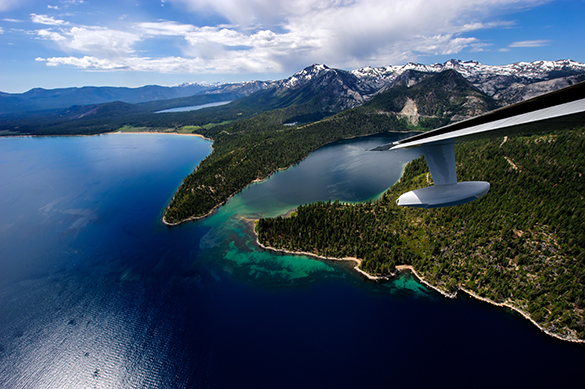 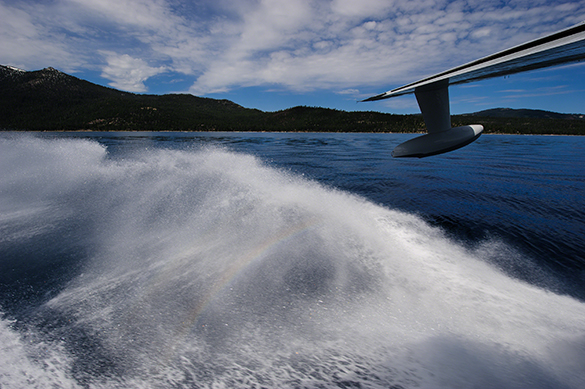 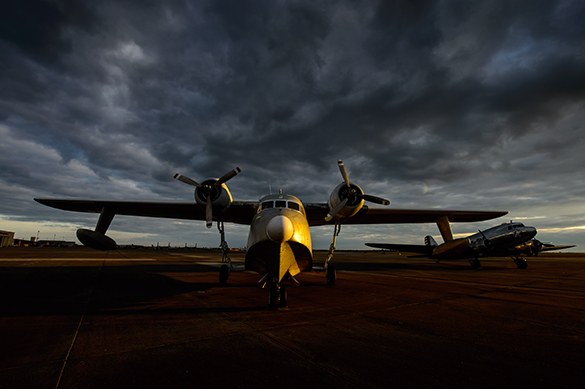 The Albatross was designed to land in 4foot seas but could land in more severe weather if needed. In swells of 8-10 feet a JATO was needed, jet assisted take off. The majority of the Albatross’s in service were used by the US Air Force in their Air Rescue Service during the Korean War for picking up downed pilot. It later went on to be used during the Vietnam War and the Aerospace Rescue and Recovery Service. A small number of planes also went to the Air National Guard as an extraction and infiltration plane for commandos between 1956-1971. The US Navy used the HU-16 from Navy bases stateside and overseas as a search and rescue plane. The final flight for the USAF was AF Serial No. 51-5282 delivered to the National Museum of the United States Air Force in July of 1973 after setting an altitude record of 32,883ft. The US Navy final flight was in August of 1976 when an HU-16 was delivered to the National Museum of the Naval Aviation. The final flight for the USCG was in 1983. 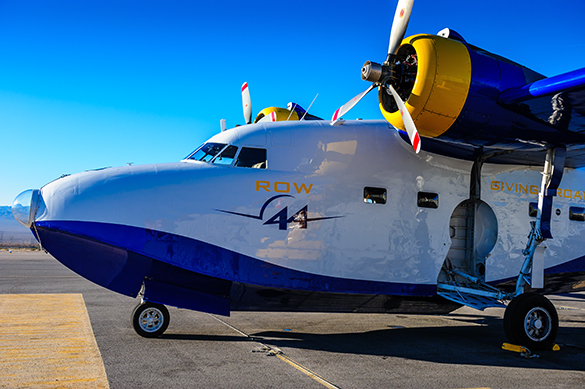 The Albatross had several civilian roles during it’s active service time. The Department of the Interior bought three from the US Navy to be used in the Pacific as the new Trust Territory Airlines. Pan American Airways and Continental started using them for flights to Micronesia as well. The major airlines during the time were not the only parties interested in the Albatross for commercial use. Chalk’s International Airlines owned by Merv Griffin’s Resorts International converted 13 Albatross’s in the 1980’s to G-111. These had extensive modifications and would only be used for a few years.

Currently the satellite company Row 44 uses an HU-16B Albatross to test their in-flight satellite broadband internet as seen here. This was the second Albatross I was able to fly in and is one of the most well maintained Albatross’s I’ve ever seen. The interior is incredibly comfortable and is used often during the Albatross Clinic in Boulder, NV. Albatross One as it is known is a very unique Albatross in that it’s fuselage has the same curvature on top as a Boeing 737 which makes it easier to test parts. Albatross One was also owned by NASA at one time and was used to train astronauts. The signatures of the astronauts that have trained in the plane are featured on one of the doors. While only a handful of Albatross’s still fly today they are a often seen flying around the country. 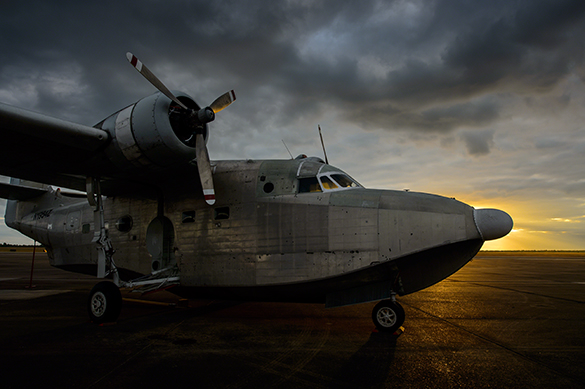 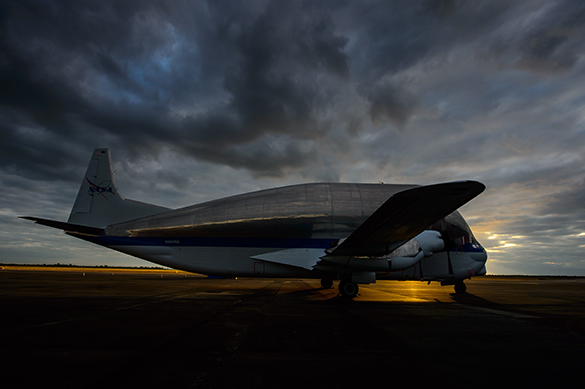 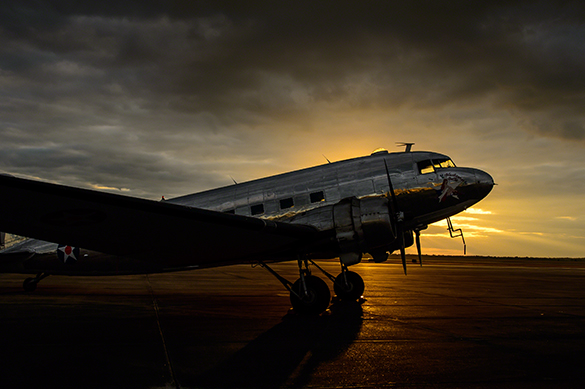 For the last few days i have been playing with one of the images i took of the Albatross, among other things going on. These type of static shots i tend to get drawn to because of the seeming mystery left to the plane. I can recall watching movies where all they show is that front view and nothing of the tail or fuselage. With this particular plane the one thing stuck out in mind when shooting was nothing actually nothing about the plane itself but about The Rime of the Ancient Mariner i had to memorize and recite in high school. Where 200 sailors were cursed for shooting an albatross and the journey it took for them to get home. As we skimmed the water of Lake Tahoe, looking down at the plane’s reflection and the water that flew inside from the touch and goes, i kept that rime in my head.

Wow! Yesterday was one of those days when i was glad i had my eyes open and my trigger figure at the ready. For a long time Dad and I have been pursuing aviation photography, and our good friend Denis has a lovely HU16A Albatross that was dying to be photographed. This thing is massive, huge, and is designed for search and rescue to replace the PBY’s after WWII. Well we thought we were just going to go up and see it take off and set down, but o no we got to ride it in! Wow! Up to Lake Tahoe to scare the locals it was a blast, especially hanging out the “shooting window” as they call it.

We set down on the lake on it’s gorgeous blue water and no sooner then we do, we take off and do it all over again. We were doing touch and goes about 4 or 5 times for practice for Peter another great pilot. Dad and I are just hanging out the back blasting away with our wide angles on, he’s got the 16 and I’m using the 14-24. Of course the two of us are holding on to the camera bodies with dear life because we were unaware of this and had no straps on. That would’ve been sad fall…the card with all the images would’ve gone too. It was probably one of the best flights i have ever been on and all i did was look out the window.