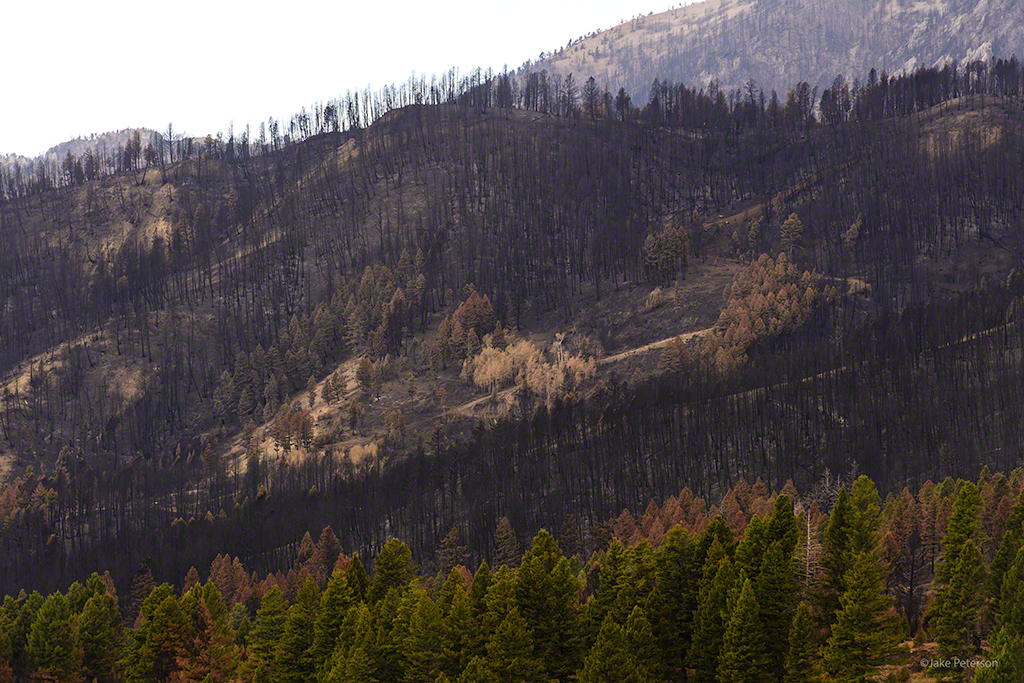 Okay so it’s actually been a little longer than a year when this fire first started but it was burning all throughout September 2020. This has been one of the worst fire seasons throughout the West and thankfully we’ve been very fortunate to have not had a bad season here in the Bridger Mountains. It’s sad to see the scar left on the forest after a fire comes through but forests are designed to handle fires over time. The emotional and sometimes financial toll forest fires take on people is always harder to handle but like forests, we have to learn to adapt and to make things better so that we can bounce back while continuing to push forward. Problems like the ones we’ve faced this year won’t just solve themselves, we have to help. 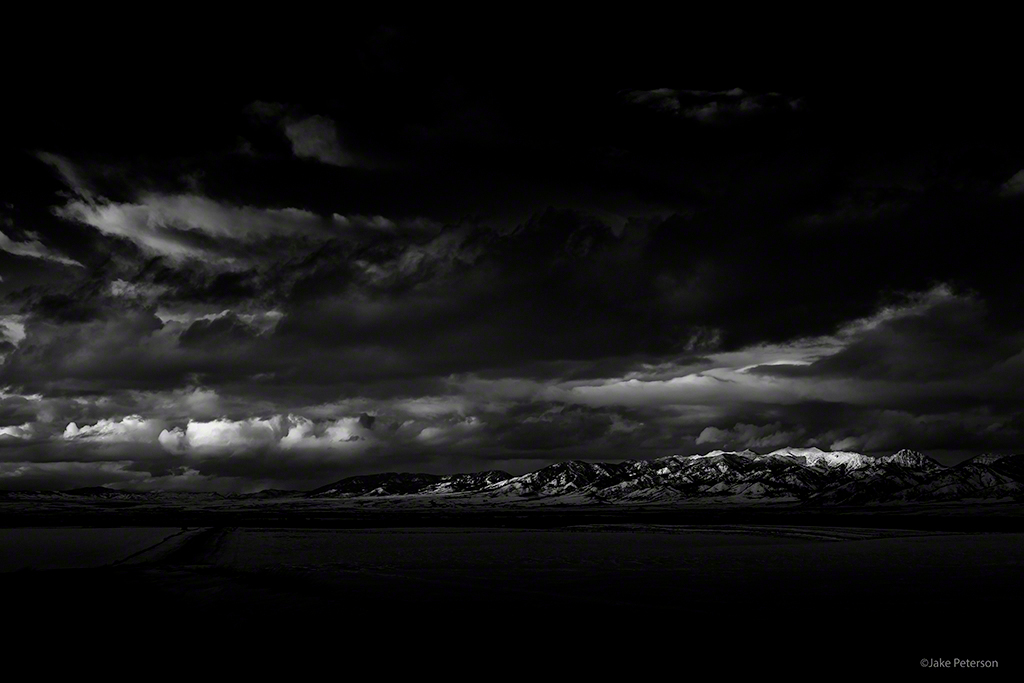 Well, I did say some, unfortunately, I was too slow to get to a good spot in time before the light was completely gone. I have always liked going out to shoot in between storms because that’s usually when the most dramatic skies appear. The other was no different. I got the camera as quickly as I could, drove out to a local spot, and photographed what was left of the light. the results, a nice evening, and a couple of quick clicks. 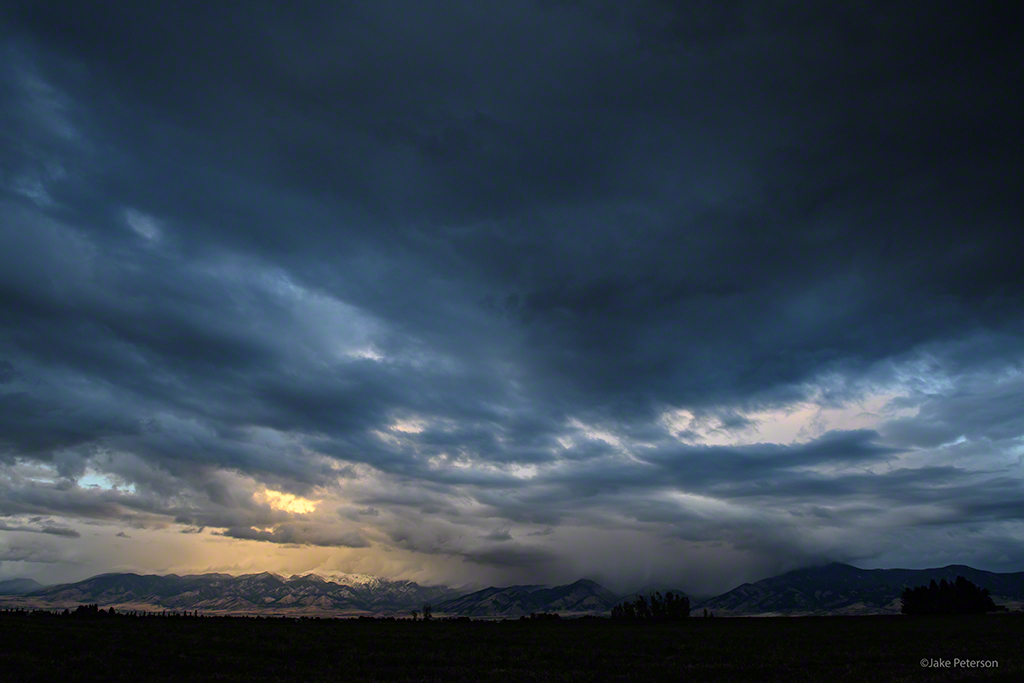 This time of the year we get a lot of days where the skies are blad or the skies are filled with clouds so dense the light doesn’t pop through. Some say it can be really depressing and arguably they are right, too much time looking at nothing but grey can get dull. Now and then the sun pops out and lets in just enough light to make it worthwhile. Truthfully, these nights where just enough comes through are great times to be watching the west and seeing what happens in the east. 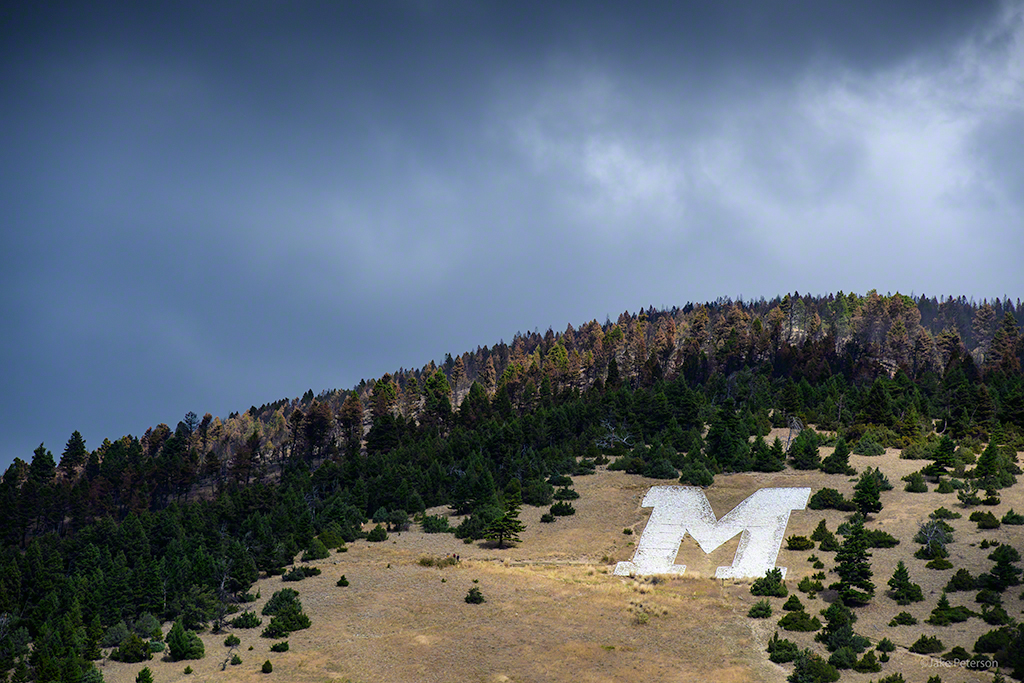 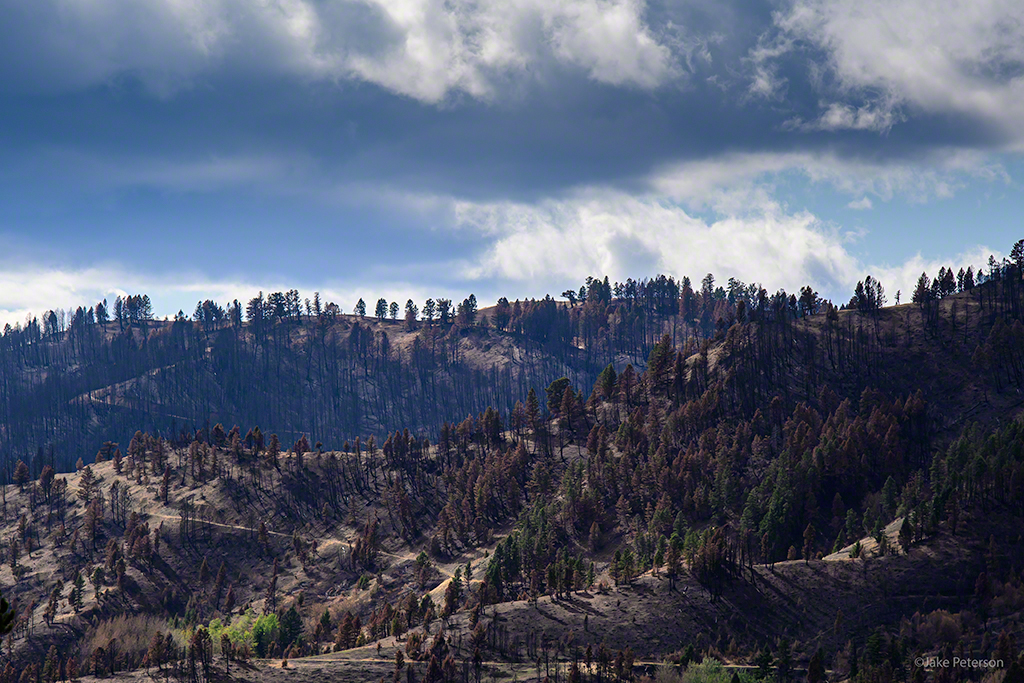 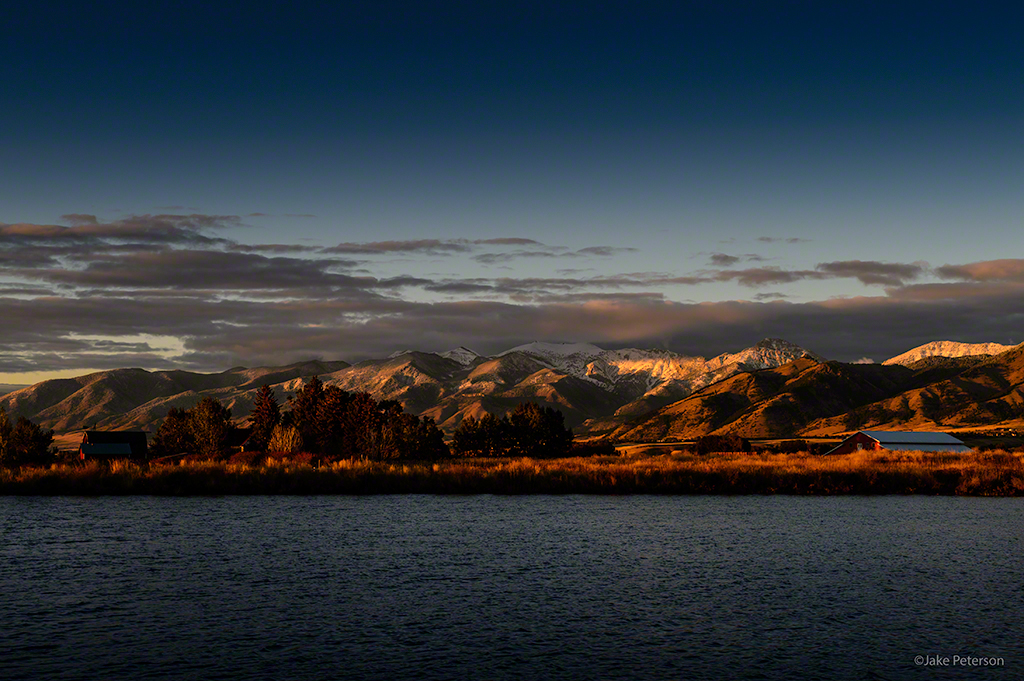 Well, we aren’t quite there yet but pretty soon there will be snow on the Bridger Mountains. Right now we are faced with a terrible fire on the Bridgers and honestly, I can’t wait for the snow to show up. This past Monday we had the first minor snow flurry come through in the higher elevations and a welcome reprieve of cooler temps. Pretty soon it will be chasing fall color and fall spawning Brown Trout. Until then, here’s hoping the fire will get contained. 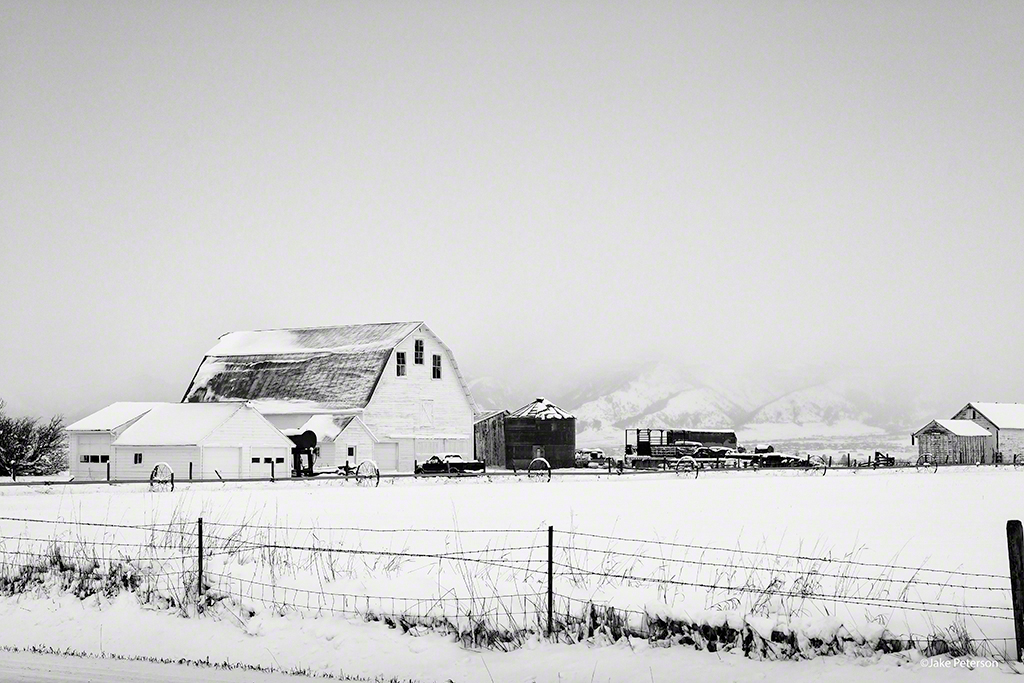 Wintertime is a fun time to take the camera and play around with black and whites. It’s easy to see why as all the snow makes for the perfect white element so that just leaves the black element. This old barn outside of town made for that perfect element. Since I’ve photographed this barn in the past, I knew it would be a good subject for the afternoon. The white paint job makes it blend in more with the snow which is a unique element compared to most barns that are red and stick out more. 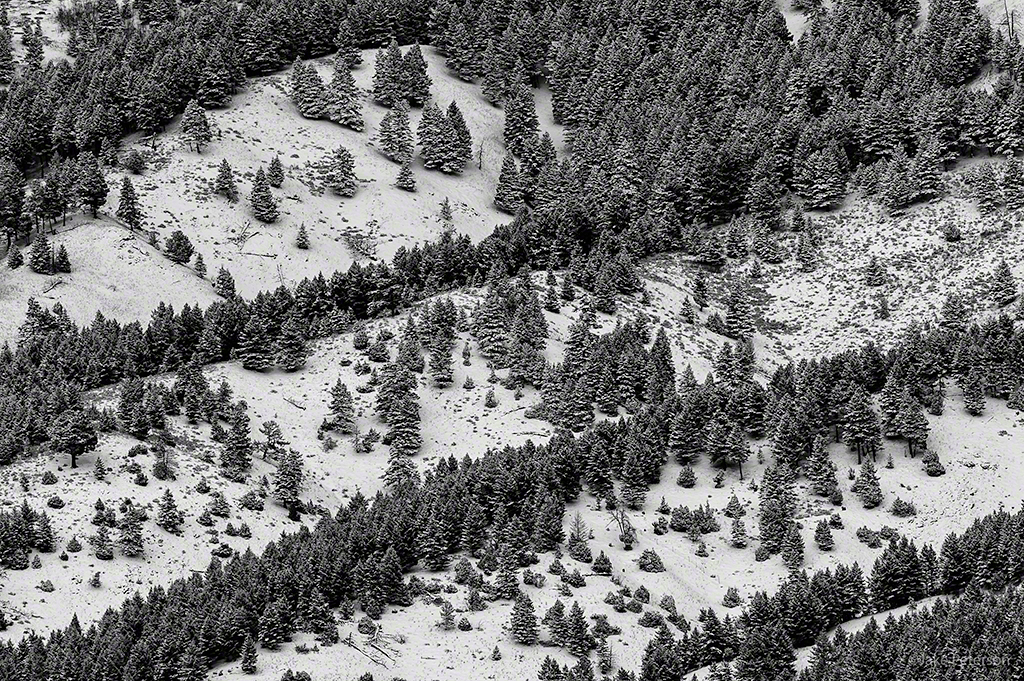 There are many ways to capture a great black and white image when it comes to landscapes, but one of my favorites has always been to use a long lens. Trying to capture everything you see in the viewfinder can lead to extra elements that might not be worth having but using a long lens can isolate good elements that are stronger. The treelines on the mountainside were far more important to me than the mountain itself which is why I used the 600f4 to isolate the trees. 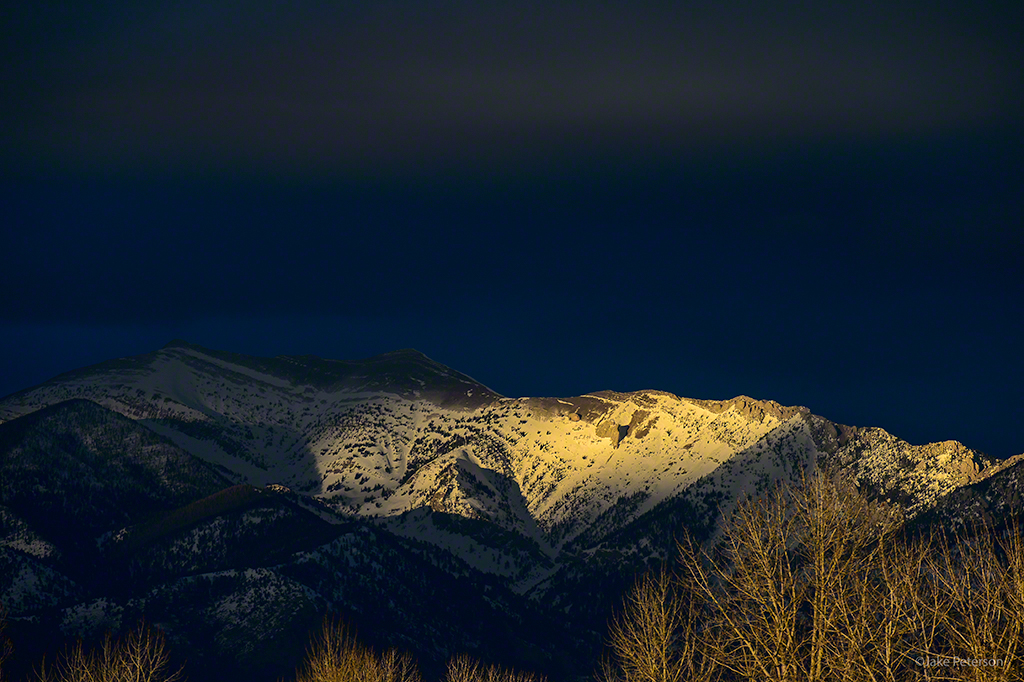 There isn’t always a great deal of light showing, sometimes it’s just a spotlight. In the years I’ve lived in Bozeman I’ve noticed that there are plenty of times when we get cloud banks out to the west and you wouldn’t think there would be any light at sunset but then a hole opens up and just a sliver comes through and that’s enough to add some drama to the Bridger Mountains. This was one of those moments that I captured with the 200-400 VRII. 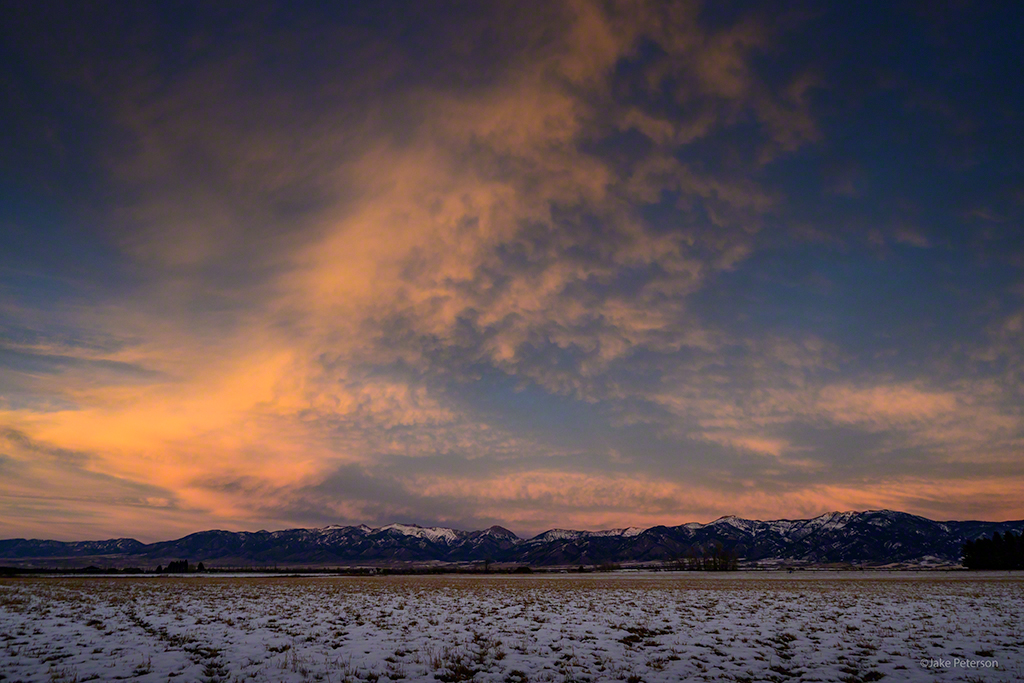 It still amazes me how some evenings in Bozeman the skies just erupt in color and after all the years I’ve lived here, those same skies can surprise me. I saw the little bit of light coming through to the east and figured it would be a dramatic night but you just never know by how much. With the Z50 and 16-50 f/3.5-f6.3, I walked up the lane towards the Bridgers and to my great surprise, the mountains were lit likely nothing else. This was just a simple click and then finished in Adobe Camera Raw. 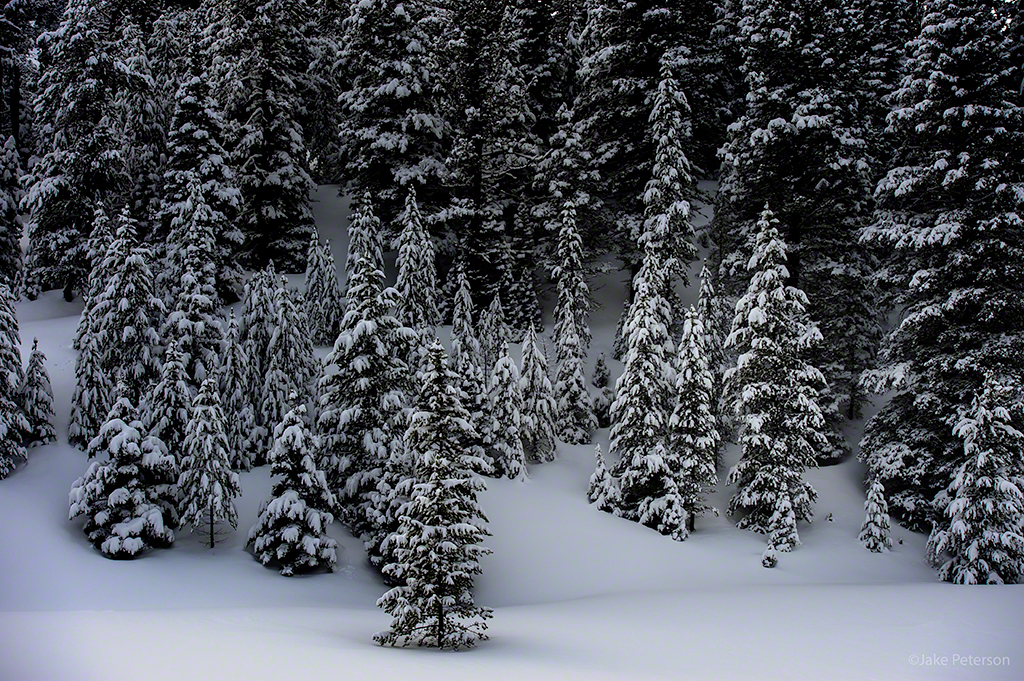 How much snow is needed for a wonderland? It kind of amazes me how so many people haven’t experienced snow or haven’t had a snowy Christmas. In my little world, it’s a perfectly normal thing that occurs every year without fail. Sure, each year it’s different and the amount of snow that falls changes but for the most part it’s there. I guess the point I’m getting at is that it is important to take advantage of the snow opportunities as they present themselves because you never know what the next year will hold.